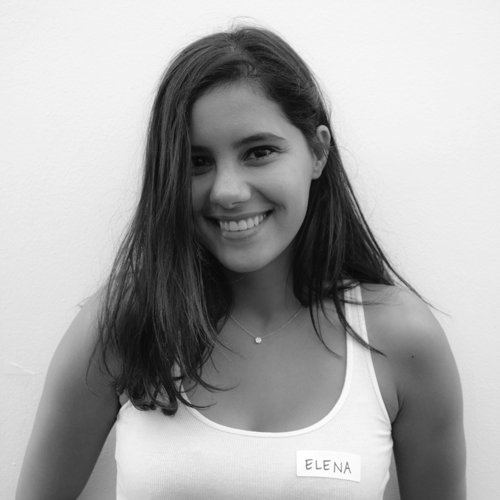 Elena is a strategic designer, born and raised in post-civil war Beirut – Lebanon, a challenging and chaotic environment that rendered her identification with diversity. As a consequence of her passion for reconstructing environments, she pursued a Major in Interior Architecture at Académie Libanaise des Beaux Arts (ALBA), Beirut. Throughout the years, Elena has worked with a range of multidisciplinary designers towards social integration in the Arab world, on issues of discrimination or considered taboo, working closely with the LGBT community and with mentally and physically disabled people in Lebanon.

In 2013, she moved to Ecuador and worked first with Architects Without Borders and then with the Ministry of Urban Development and Housing in Quito, designing, developing and implementing improvement strategies and policies in informal settlements in a collaborative decision-making process with their inhabitants to help re-construct their neighborhoods, from economic, urban and political lenses. Currently pursuing her MFA in Transdisciplinary Design at Parsons the New School, Elena has learned to tackle challenges in diverse and complex contexts that traditional problem-solving approaches has failed to address. Through critical reframing, systems thinking, diagraming and prototyping, she investigates opportunities to craft a design intervention that can render positive change. Her research interests are alternatives to the current model of production of space, the right to the city and new forms of social structures to tackle issues like segregation and marginalization.