A 360 Future of Society by Chhavi Jain 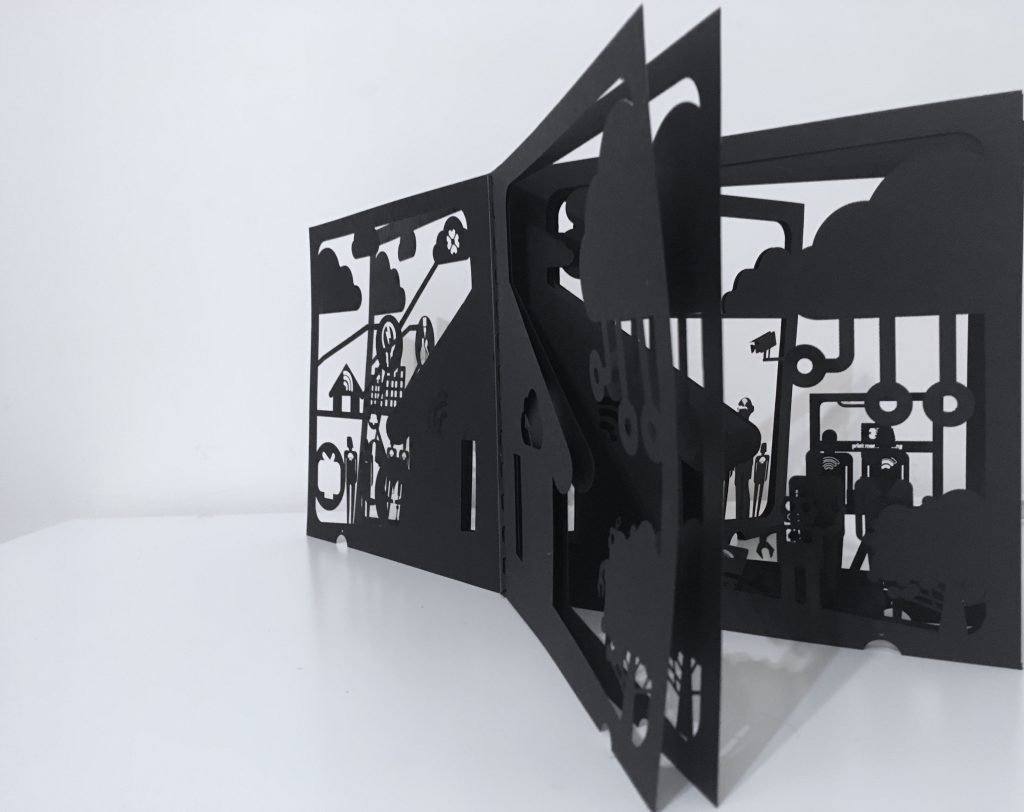 A 360 Future of Society by Chhavi Jain​

Chhavi, a first-year MS SDM student, drew inspiration for this project from class discussions on old and new power, and the changing idea of trust. Intrigued by Jeremy Heiman’s talk at the ESPAS Conference, Chhavi explored the increasingly frequent and important breakthroughs in technology – particularly in Artificial Intelligence, Robotics and Biotechnology.

A new world, a new economy and a new society are underway. Innovation – coupled with shifting values of trust and power – will inevitably impact how people go about their lives in the future. From how we communicate, shop and do business to ways in which governments function, the idea of exchanging value is in its nascent stage of being decentralised with cryptocurrencies. For her exploratory model, Chhavi based her hypothesis on this emergent shift.

In the form of a 360 book – inspired by Japanese designer Yusuke Oono – Chhavi attempted to visualise some of these big and impactful shifts. Each frame represents a ‘tipping point’ or ‘mega-trend’ that is likely to reshape society in the future, with an average estimate of how far in the future it is likely to occur. 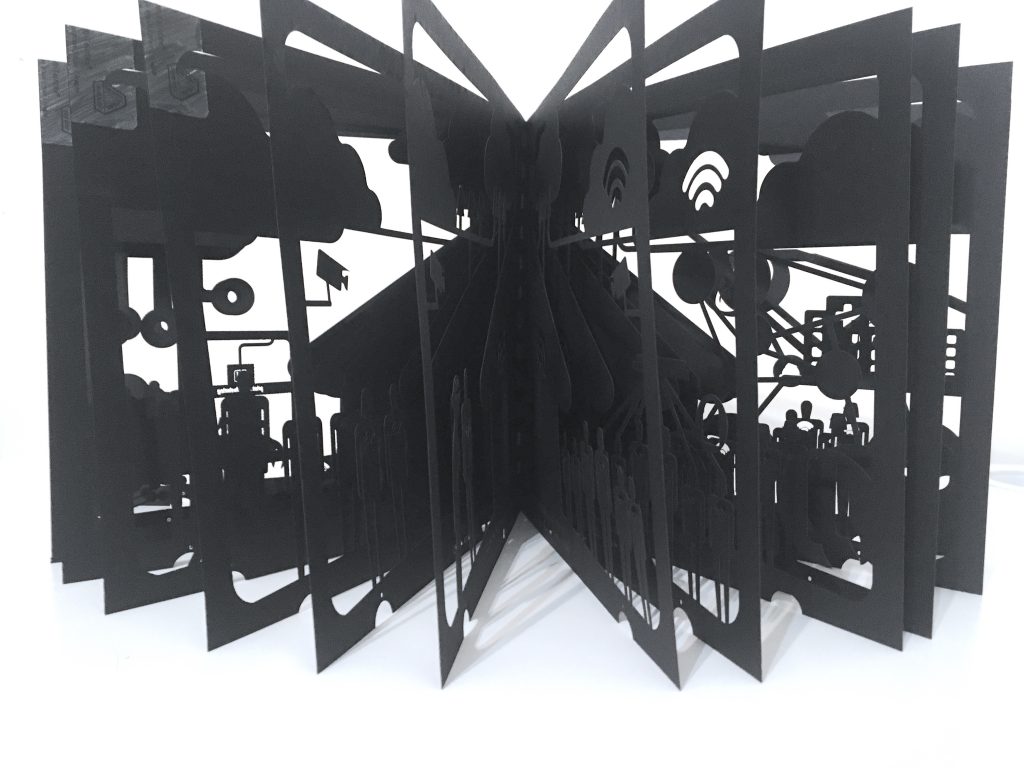