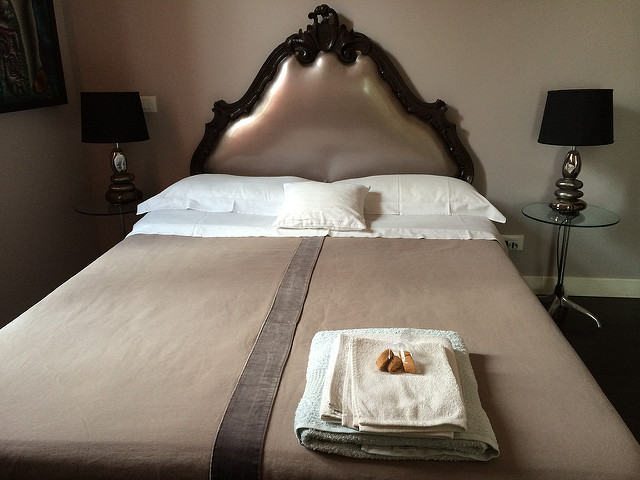 As a company operating in almost every country around the world, it seemed as if there were no uncharted territories left for Airbnb. But the growing complaints about racial discrimination on Airbnb’s platform brought to mind a new territory the company has yet to explore – corporate social responsibility (CSR).

Stories began to pop up over the last couple of months in which Airbnb users claim they were rejected by hosts because of their race. The detailed profile of users and hosts on Airbnb’s platform, which was meant to create trust among strangers, apparently also allows people to discriminate on a racial basis.

People like Quirtina Crittenden, a young African-American woman, learned this firsthand when her requests were declined on regular basis. It all changed when she changed her name to Tina and her picture to a landscape. “Ever since I changed my name and my photo, I never had issues on Airbnb,” she told Shankar Vedantam of NPR.

This story and others, from both users and hosts, soon followed as Crittenden shared her experiences on Twitter using the hashtag #AirbnbWhileBlack. Their complaints were supported by research published in January by three Harvard professors. In a field experiment conducted on Airbnb, the researchers found that “requests from guests with distinctively African-American names are roughly 16 percent less likely to be accepted than identical guests with distinctively White names.”

For its part, Airbnb seemed to be responsive to the discrimination claims. Earlier this month, the company hired Laura Murphy, the former head of the American Civil Liberties Union’s D.C. office, to lead a review of its practices. The company “plans to have a full report with proposed remedies in September,” Murphy told the New York Times. Eventually, Airbnb “wants to have a division to handle and resolve discrimination complaints,” she added. Already, as the USA Today reported earlier this week, the company has scheduled a meeting with civil rights leaders in Washington, D.C. to discuss how it can fight discrimination.

Airbnb showed in its response that it is committed to seriously addressing the issue. But it seemed to act reactively, not proactively. After all, Professors Benjamin Edelman and Michael Luca of Harvard published a working paper in January 2014 entitled “Digital Discrimination: The Case of Airbnb.com.” In that study, they looked at a New York City landlords’ dataset and found that “non-black hosts charge approximately 12 percent more than black hosts for the equivalent rental.” Their conclusion: “These findings highlight the prevalence of discrimination in online marketplaces, suggesting an important unintended consequence of a seemingly-routine mechanism for building trust.”

So Airbnb was aware of this issue for at least 2.5 years, but nevertheless seems be acting very strongly only now after the issue received public attention. This type of action could indicate that the company is still somewhat a stranger to corporate social responsibility: “context-specific organizational actions and policies that take into account stakeholders’ expectations and the triple bottom line of economic, social, and environmental performance.”

Another indication that Airbnb is late to the “CSR party” its class-action litigation policy, asking guests and hosts to agree to arbitration in cases of disputes and to waive their right to sue or join any class-action lawsuits. As the New York Times reports, this policy makes it very difficult for Airbnb’s customers to push the company to make any substantial changes on the issue.

Law professor Jamila Jefferson-Jones is quoted in the article saying that this policy insulates Airbnb from the need to comply with the same laws that real estate brokers, for example, have to comply with. Airbnb’s response was that they believe it is a balanced policy that protects consumers. Overall, while consumers’ protection by the policy is debatable, there is no debate whatsoever that it protects the company.

These indications show that — on a CSR continuum ranging from reactive to proactive (reactive, defensive, accommodative and proactive), where reactive CSR is when “the company’s integrity and ethical behavior mere meet the country’s laws and regulations” and proactive CSR is about going “beyond compliance and engages in actions that appear to further some social good” — Airbnb is closer to the reactive end of the continuum. Given its past legal disputes, some might argue that in some cases even the company’s compliance with the law is questionable.

Overall thinking of Airbnb in terms of CSR might be confusing, as we usually tend to associate CSR with established firms that need to fix their long-time unsustainable behavior and culture, not young startups starting from scratch. However, the disruptive nature of sharing economy companies such as Airbnb has created not just business opportunities, but also ethical challenges. Some of them have already surfaced in the case of Airbnb, mainly in the context of regulatory issues and impact on communities. Now it seems that the relationships between the hosts and the guests are not immune to such issues either.

For Airbnb this is a design challenge. And that’s reflected in the response of its CEO Brian Chesky, who said that the company “will be revisiting the design of our site from end to end to see how we can create a more inclusive platform.” That makes sense, especially as the platform was designed based on the idea that transparent information brings the best in people. Apparently it also brings the worst in people, and Airbnb needs to take that into consideration while looking to solve the discrimination issue.

At the same time this is also a CSR issue. And it might be the time for Airbnb to frame it as such and start thinking about its impact and responsibilities in a more holistic way, adopting a broader CSR framework and acting accordingly. To move from one end of the CSR continuum (reactive) to the other end (proactive), Airbnb should start with a materiality analysis of the issues important for the company and its stakeholders — creating a clear, strategic and measurable CSR agenda that will be transparently shared and promoted by the company.

Brian Chesky is quoted in Arun Sandararajan’s new book “The Sharing Economy” saying: “Our culture is designed. I don’t believe in inevitability or destiny. I believe that whether you design a culture or not, it will be designed for you, so you better design it because you might not otherwise like where you end up.”

I think Chesky is right, and it is time for the company to start thinking on how to integrate corporate responsibility holistically and strategically in its culture. Otherwise, just like this week, it could find itself again and again at the eye of the storm, a place it surely doesn’t like to be.

*This article was originally published on TriplePundit.com*