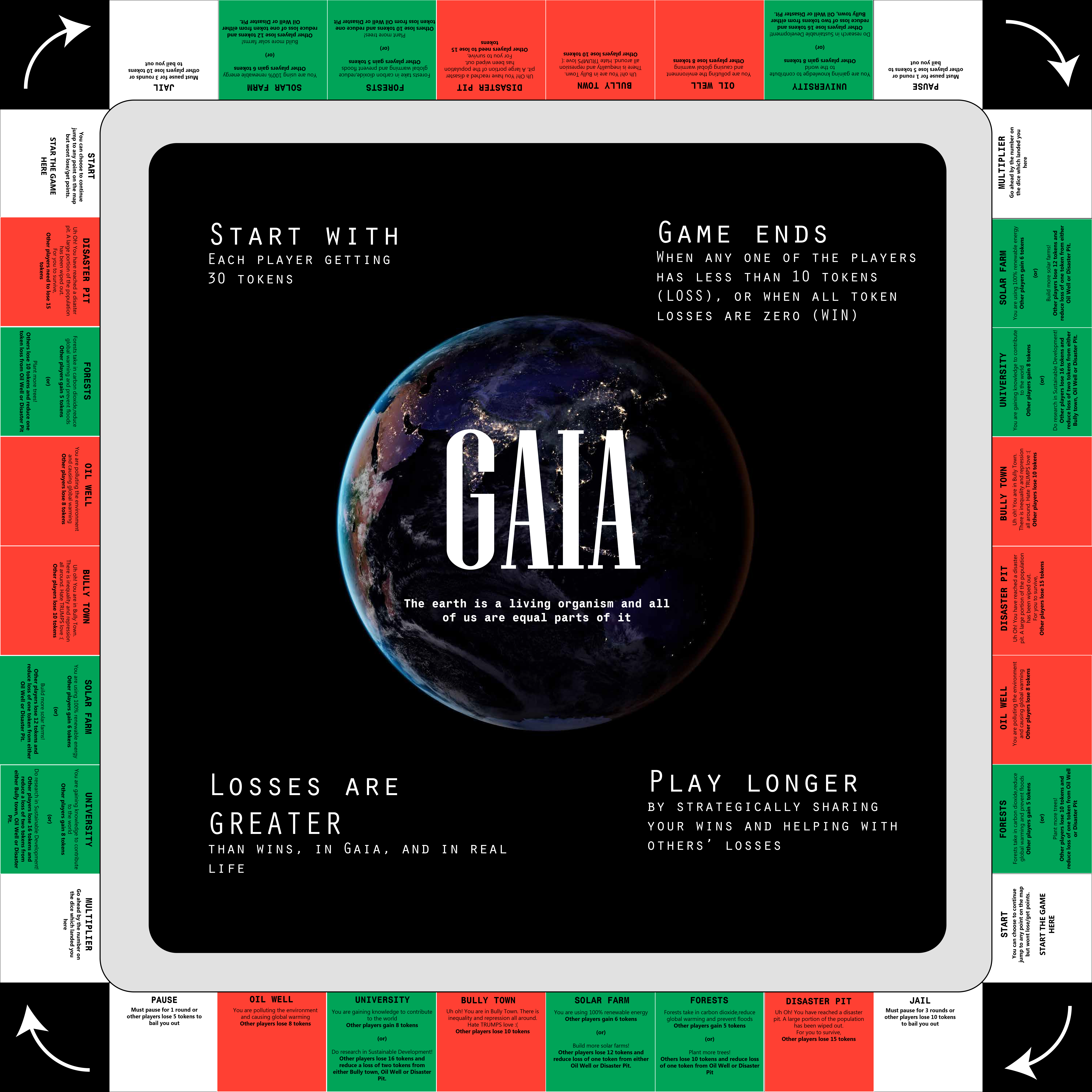 The purpose of this project was to create a simple game that anyone could understand and enjoy. Gaia – a strategic game for thinking in the new economy – is based off the popular board game Monopoly. Players gain points by landing on places like ‘University’ or ‘Solar Farm’, but lose points when they land on places like ‘Disaster Pit’ – a metaphor for natural disasters caused by climate change. The catch is that instead of gaining or losing points as an individual, the points gained by one player must be given to others and, consequently, the points lost by one player must be borne by others. This method of scoring is aimed to enable a mindset shift necessary for human beings to continue living in the anthropocene.

For hundreds of thousands of years, we’ve been ingrained with the mindset of ‘survival of the fittest’. Competition and hoarding resources has been the best survival strategy. But the last century has taken us to an unprecedented situation where this strategy may mark the end of human flourishing as we know it. Gaia aims to instill a sharing and caring mentality in young children, at the peak of neuroplasticity. If the dominant paradigm in their brain is that of giving rather than ignoring, we have a better chance of survival. When the entire human species functions as the functional parts of a single organism – like in Gaia – the organism has a much better chance of survival.