Reflections of China surveillance and Blockchain 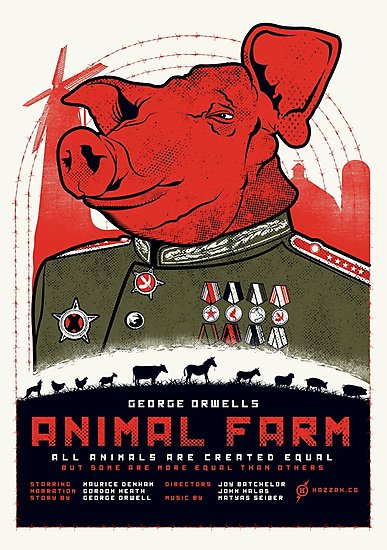 I am not sure how long I have been upset by the media reports, which raise my anxieties to a worse condition, such as the words like “Security Guard,” “Erupt,” “Refuse,” Crackdown,” “Trade War,” etc. These words have been sneaked into my mind since I moved to NYC. If you were the one came from a “problematic” country, you would understand how many “creative” aspects of descriptions could ever be invented. Just a couple weeks ago, we were assigned with a “critical” article related to the new Big Data analyzing technology for surveillance in China. Although this article was filled with manipulations and misconceptions, I still feel I was dressed with characteristics of a designer as well as a diplomat. Those unpleasant experiences placed me in the position of reconsidering the senses of worldview.

From my perspective, honesty is one of the most cardinal virtues of a designer. Acknowledging and admitting the real histories of a country is a fundamental act, as well as exposing on-going deficiencies in society. The most densely installed surveilling cameras in China is one of the outcomes as the centralization of Power. These actions have been taking place with a solid ground which cannot be counteracted. As Charles Rollet mentioned: “the Big Data meets Big Brother(Animal Farm) as China moves to rate its citizens.” “The Chinese government plans to launch its Social Credit System in 2020. The aim? To judge the trustworthiness – or otherwise – of its 1.3 billion residents.” I still doubt if this system will run good or bad applications for Chinese citizens. Certainly, for most designers are all sharing similar convictions, such as locating and addressing the issues and then developing a feasible solution to solve it. In brief, I feel powerless while dealing with the centralized politics, either democratic.

As far as I can tell, both communism and democracy are going toward extremes. Firstly, from the perspective of communism, although the anti-corruption acts take the advantages of the ethics,  the natural properties of one-party dictatorship will lead the whole organization into the more centralized direction. It seems to be more powerful, but it actually reduces the flexibility and gains brittleness. The “surveillance system” could be understood as a signal of the timidity of the ruling party. Admittedly, few of their intentions are providing a more well-protected economic environment for the goods of economic growth and establishing the trade platforms and opportunities to create more jobs for civilians, such as “the One Belt One Road” project. As long as the economy is growing, the public will rather spend times on making money and improving their financial status, rather than the political acts. The attention of the public is purposely directed to another path but politics.

Secondly, from the respective of democracy in the US, the situation is any better. “Soft tyranny” (Democracy in America)is a term invented by Tocqueville in his book, Democracy in America, which indicate the democracy could be lead into the dictatorship in a variety of conditions. As Edward Snowden exposed, Global Surveillance is one of the active examples involved with every general public across all democratic countries. There are several concerns about Democracy, which are lack of absolute fairness and authority. Medias would not spend a lot of time on reporting school bombs in Afghanistan, and just present like nothing happened over there even thousands of children and women were murdered. I spoke with some locals here in NYC, even they all against the war and aware that 54% of their taxes money was assigned to the military, but they have no choice to stop paying tax. Also, President Trump has been blaming the immigrants were the causes of all social issues, and he was smart enough and drew people’s attention to something else. This act is so similar to what Germany did back to post World War II, but this strategy still works great. It is clear to see, there is no outstanding system could perfectly handle and manage the society.

In contrast to globalization, we could call the blockchain is a symbol for Liberalism concept. “In practice, blockchain is nothing more than a glorified spreadsheet. But it has also become the byword for a libertarian ideology that treats all governments, central banks, traditional financial institutions, and real-world currencies as evil concentrations of power that must be destroyed” (The Big Blockchain Lie). According to “The Design Principles of the blockchain economy” (Blockchain Revolution), we could find there are so many contradictions in its theory, such as privacy principles, concentrated welfare, and decentralizing.

Human nature includes both kindness and badness, as well as the good aspects, like encourage, love, and diligent. According to the Buddism, the weaknesses of human nature are desire, anger, and ignorance. In contrast with Communism and Democracy, or even the application of the Blockchain, all of them were started with a amazing initial condition, but the human factor was the one drowning the whole setups. It seems even if we were operating the most advanced system from the scopes of hundreds of years later, dealing and balancing the human factors would be the most complicated elements over everything else. In conclusion, we have been studying a lot of strategies for analyzing the questions, but we barely touched the field of human nature. The design category is no longer just limited within machine and beauty development but also included finding a way out for existing questions in our society. Even we are living in a high-tech environment, we still might not able to produce an effective solution for a single issue appeals in our daily life. It may be caused by the bottleneck of design development or even unbeatable characteristics by human nature.