The best part about being a student is perspective. Every new point of view is an opportunity to see afresh. As a student every new piece of writing art or project, theoretical or not, comes with at least three perspectives: the authors, the own, and the disciplines. This also makes perspective the most limiting part of being a student. More often then not people tend to find that they do not share perspectives and that is where the challenge of creating a fair interpretation begins. 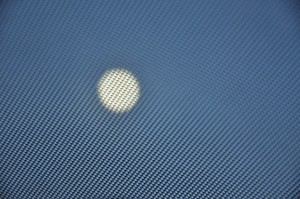 I said at least three because, in all fairness, even within a disciple there are many perspectives; moreover there lies a hierarchy to perspectives, the disciplinary collective being the highest. By disciplinary collective I am referring to prominent thought of the time. Every discipline has disjunctures, but they generally mediate an identity that helps determine its participants. Design is a hard discipline to characterize in this way, and Transdisciplinary Design even more so by its attempt to be inclusive of all perspectives. Transdisciplinary Design can perhaps be better understood as an imagined community.

Borrowing from Arjun Appadurai’s Disjuncture and Difference in the Global Cultural Economy perhaps the best way to see perspective in a transdisciplinary program is to accept the interdisciplinary nature of higher education. We do not live in a bubble, but I cultures that intersect and mediate between one another. In class we broke down into pairs – one American born, one not American born and were tasked with determining how our perspectives enlightened imagined-scapes. By sheer numbers this seemed logical, however there were plenty cautionary moments to consider in this “experiment,” before continuing to understand imagined communities and disciplines in this way. The first just being desire – without the desire or drive to learn about a community an imagined-scape cannot exist; it doesn’t matter how large or how small the world becomes, apathy cannot mediate a perspective. In the same breadth when you love or hate or are intrigued by a space you are more able to define your perspective. Which also brings me to by second point about knowledge and scale. Because of the nature of American culture, especially in major cities, it is important to recognize the duality of identity. Not everyone, but many people, define their identity within multiple conditions, and this hybridity highlights their perspective. The scale of the imagined scape also defines the way in which we define our perception. In the example of our class, perhaps we should have scaled for New York. In scaling for the United States a true measure of perception could not be achieved for the non-American born participants, because knowledge of New York does not make fore a good sample knowledge of the United States, just as knowledge of Bombay or Mumbai would not make for a good sample of India. Furthermore the sampling of perspectives is clearly a set of designers from each city or state, which brings me back to imagined disciples and their perspectives.

My disciplinary background, if I have to classify it thus, is most likely rooted in Comparative Literature. My writing certainly is and my first approach to research would probably reflect it. Even within Comparative Literature I do not prescribe to a literature of region but find myself more attuned to theoretical studies of literature and language. What this means is when you ask me to describe my imagined scape of Germany I may default to my knowledge of its 19th century philosophers that shape how we understand language theory (this might have more to do with my interest and background in Philosophy, but it works either way). But really I don’t because I am also a person with a layered Media discipline, so within the context of the question I am probably going to reframe my response to German Modern Art, and Mediated Environemnts. These are not the scapes that Appdurai is referring to, but the notion of “knowing” a space by its mediation is only as valid as one’s own interaction with it. Furthermore Germany in itself is a country with a layered identity; it’s own culture, histories of art and science, etc. Germany probably has not point of view on me, but in scaling the two sides, consider how a German might perceive the United States through his and the United States’ own mediation.

What does this have to do with Transdisciplinary Design? Let’s leave the realm of countries and step back to disciplines. I clearly have a background and perspective based in Comparative Literature, Philosophy, and Media Studies (at least by virtue of accredited degree). Someone else here has a strong background in Anthropology, another in Industry Design, etc. These are all the perspectives that inform the way we think about design, in language, as designers, and in designing itself. Together these perspectives create a challenge, that challenge is the transdisciplinary perspective. Everyone came here with an idea of what trans design should be, including the faculty and staff, but the challenge of all of those imagined scapes is creating the reality, its people, and its functionality.