The Choice – A retrospective analysis of wicked problems 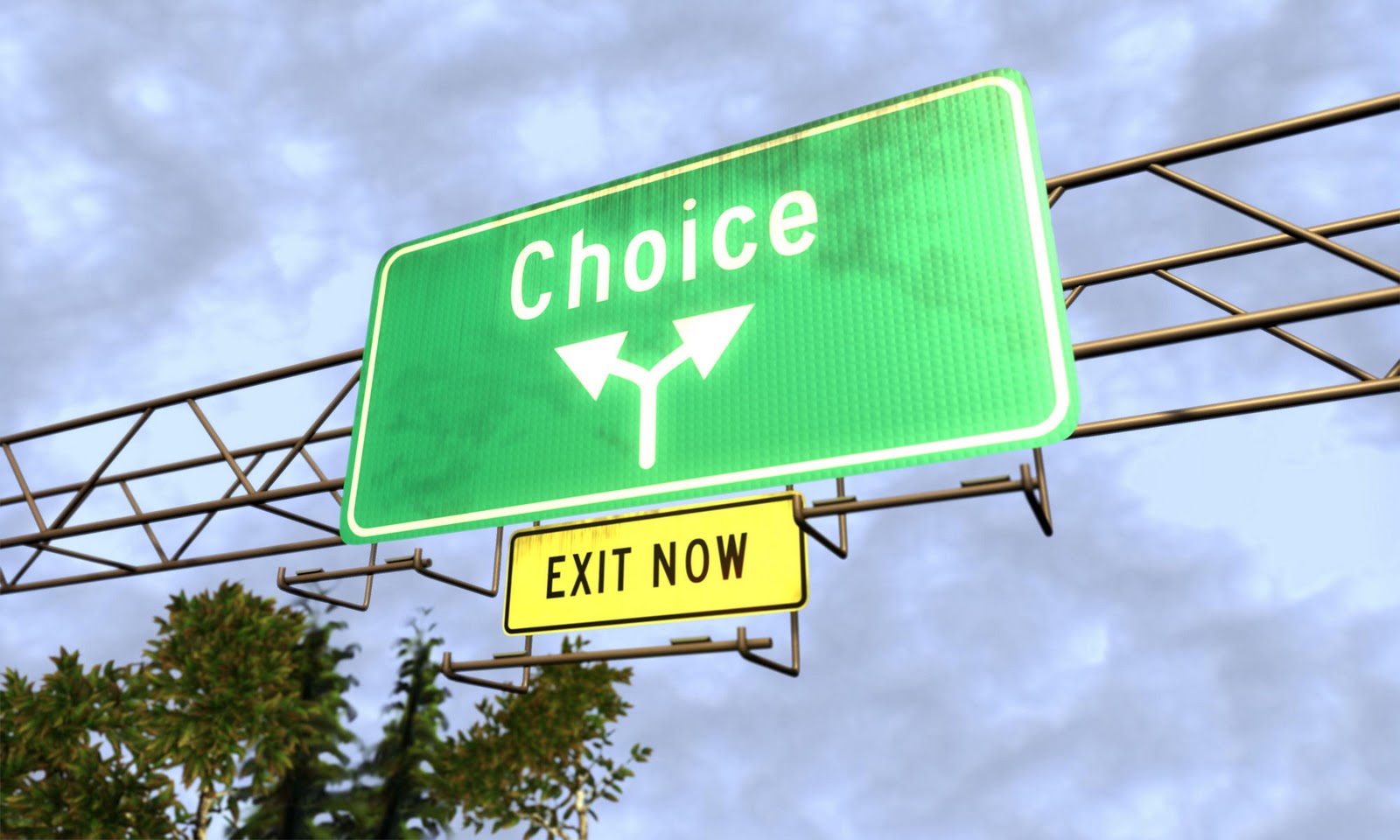 We are living in an increasingly complex world. Humanity’s destructive footprint on the planet earth is getting larger everyday. The artifice – designed and created by the humans – has gone way beyond enabling people to live better; it has now taken over the life itself by its infinite webs of connections and connectedness. As Bill Joy states, “The future doesn’t need us” but humanity needs a future.

The conventional types of problems, which have easily identifiable root causes and solution methods, are long gone. It is a new world full of wicked problems on social, political and environmental issues. As Rittel and Webber described, wicked problems have a different nature. They cannot be definitively described. Moreover, there is nothing like the undisputable good; there is no objective definition of equity and it makes no sense to talk about “optimal solutions” to wicked problems unless severe qualifications are imposed first. Even worse, there are no “solutions” in the sense of definitive and objective answers. At the same time, it is the future of the human kind that is on the stake if we do not collectively learn how to deal with them. This new world demands the people and designers to think and act differently. However, this is not an easy job to achieve and there are significant barriers to overcome. The nature of wicked problems requires designers to build wicked skills on four areas: thinking, collaborating, communicating and developing the right attitude to the problems.

First, the existing lock-ins in the current systems and changing scales of the problems require new ways of thinking. It is important to understand the limitations of the current systems in terms of flexibility for representation and application to current problems. In many ways, we are locked-in to certain ways of solutions. Lanier gives us the example of MIDI, the standard way to represent music in software. He indicates: “Before MIDI, a musical note was a bottomless idea that transcended absolute definition. It was a way for a musician to think, or a way to teach and document music. It was a mental tool distinguishable from the music itself. Different people could make transcriptions of the same musical recording, for instance, and come up with slightly different scores. After MIDI, a musical note was no longer just an idea, but a rigid, mandatory structure you couldn’t avoid in the aspects of life that had gone digital.” Just like MIDI, there are many already built systems that are hindering our ability to create better solutions. On the other hand, it is also important to understand that the problem definition and possible solutions look significantly different from different scales – as visualized in the Powers of ten by Eames. For instance, solving the traffic problem of NYC would look completely different if the scale is changed from Wall Street to U.S. In the scale of Wall Street, it might be achieved through better signalization or perhaps decreasing traffic lights. However, if we change our scale to the U.S. the solution might be planning better road systems or even different cars. Now consider the implications on the social, economic and political impacts on each scale. How will the results change with time for each scenario? What will happen to policies and taxes when the government changes? How will this impact the existing industries that operate with existing designs? As one might recognize, these implications are extremely different for different scales. It is a unique advantage as well as a responsibility that is in the hands of the designer: choosing on which scale to start and design the system accordingly.

Having the concept of “lock-in” and “scales” in mind, it is essential for the designers to build skills of flexible system thinking. The designers will need to think much more on not only for today but also for the generations to come, not only for their focus area but also for the system as a whole. They will need to learn understanding how systems behave and how to use the leverage points to make an impact. Furthermore, they will need to build learning systems that can predict and adapt to changing conditions, stakeholders and scales. As Jamer Hunt describes, “more and more design will be a code and a set of parameters. That code will then be let loose in an electronic ecosystem so that it can be manipulated, changed, improved, hacked, and produced in multiple variations in myriad places. These new processes of design are more biological than mechanical. They are flexible, adaptable, sustainable, and self-organizing.” The designers need to learn to flex their minds for predictable and non-predictable futures. Hence, they need to learn flexible thinking with their great grand children in mind.

Second, the wicked problems require a new way of collaboration. With the wicked problems, the stakes are much higher due to the number of parties involved, the depth of the problems and essentially the connectedness of these problems to many other problems. It is no longer adequate to work the solutions in isolation and deploy to the users. How can a group of designers solve the obesity problem in a country without effectively collaborating with youth organizations, governments, educators and many others? As Jamer Hunt states: “designers will no longer dictate form from the system’s center and then foist their wares upon a passive marketplace”. Moreover, wicked problems demand wicked teams. Only diverse backgrounds and point of views will enable unexpected and creative solutions to these complex problems. Hence, designers need to sharpen their skills on how to create environments, conditions and systems to harvest the collective intelligence of people  – as well as the nature – for solving the complex problems. They need to learn how to best collaborate with people from very different backgrounds without loosing the focus.

Third, many vital problems lack the critical awareness that will enable attention, resonance and collective thinking. For instance, Martin Wolf states: “Humanity has decided to yawn and let the real and present dangers of climate change mount”. Why did that happen? Did the scientists not talk about this in the last ten years? Was the media not attentive to the size of the problem? Were the right people working on the problem? Or was it something else? Regardless, the attention to and willingness for solving the problem could have been much bigger with better communication. It is essential that these types of problems get sufficient voice in media but more importantly, problem solvers and designers need to improve the quality of their narrative. How can media ignore the climate problem if every single community group – regardless of their differences – collectively voiced up and worked for the solutions? It is designers’ duty to create a compelling narrative that powerfully reflects the problem and possible visions in order to resonate with people. Communication is one thing but resonance is another. Resonance requires understanding different cultures and communicating the ideas in different ways to connect with them. The critical mass for the awareness of the wicked problems and the collective work on solving them can only be achieved by resonance. Hence, designers need to build superb skills in communication and they need to think how to achieve that in millions in terms of scale.

Last, but not least, designers have the obligation to overcome the pessimism and negative energy around the wicked problems – both for themselves and for others. By definition, these are unsolvable problems around somewhat depressing issues, they are constantly changing and many things around them are ambiguous. Ambiguity is not a comfortable place for human brain. It is a big challenge to maintain a sense of possibility in the face of great crisis, environmental devastation, political indifference, and staggering complexity. However, it is an essential skill to have a critical but optimist attitude in order to identify the opportunities. This may seem a softer skill compared to the previous ones, but perhaps it has the most tangible impact. Because without the attitude and ability to reframe the problems as opportunities, none of the skills will enable sufficient possibilities – particularly for wicked problems. After all, what makes us human is our ability to imagine a better future, and plan the process of getting there.

When Lester Pearson won the Nobel Peace Prize in 1957, he quoted British historian Arnold Toynbee on the significance of the 20th Century. “The twentieth century will be chiefly remembered by future generations not as an era of political conflicts or technical inventions, but as an age in which human society dared to think of the welfare of the whole human race as a practical objective.” Bruce Mau interpreted this quote, in his book Massive Change, as “When Toynbee used the term ‘practical objective’ he made ‘the welfare of the whole human race’ a design problem. Not a utopian, unreachable, fanciful vision. That is not our work. The work of design is practical objectives.” Hence, it is designers’ responsibility to lead and facilitate in this defining moment in the history of humanity. That requires adapting the necessary skills in thinking, collaborating, communicating and developing the right attitude in the face of this wicked world. We simply do not have any other choice!