Your, Mine or Ours? Exploring decolonization and cultural amalgamation

Coming from an ex-colony the subject of decolonization naturally kindled my interest.

The process of colonization in India by the British was more than 250 years long. While the action of decolonization happened overnight in India on 15th August 1947, I believe the process is still ongoing. As I mulled over the subject what struck me was the irony of the situation; this deliberation over the subject was happening in a language that was introduced in our country by the colonizers.

So now if I were to begin this process of decolonizing, where do I begin? Would this journey require me to revisit everything I had studied so far? I had learned to read, write and even think in a language that wasn’t even supposed to be “my own”, and do I need to undo it all? And if so what would happen to my entire cohort of urban educated English speakers? 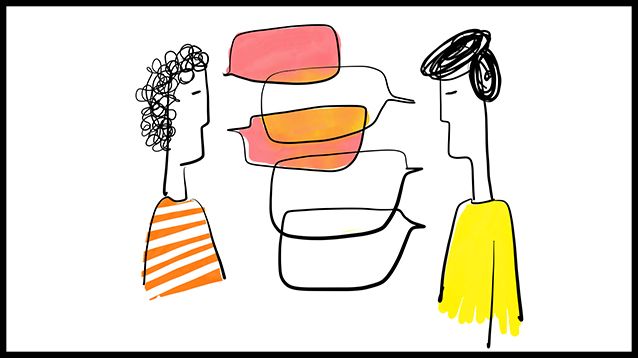 Unsettled by these thoughts, I started exploring the views of Indian writers on the subject matter.

Shashi Tharoor, a writer, former international diplomat, and current Member of Parliament, highlighted some key arguments on the subject. He emphasizes that the English language had been introduced by the British in India solely for the benefit of the Imperial enterprise to expand British control and to further and prolong their rule. They wanted to educate a very small class of Indians and the purpose of these Indians was to assist the British and serve as a buffer between the British elites and the Indian masses. However, at the time of independence, it was adapted as a constitutional language by the then Prime Minister, Jawahar Lal Nehru, to be perpetuated as a means of nationalism. Unlike its original intended use as a tool for linguicism, it had been repurposed by many Indian institutes as a binding agent for people across the Indian subcontinent who spoke varied dialects.

English was institutionalized with its integration in the Indian education system. I experienced this process, alongside most other urban Indians, when I enrolled in an “English-medium” school. I was expected to relinquish my mother tongue and restrict the classroom conversations to happen in English. Fluency in the language became the determinant factor of my progress up the ladder of formal education. Slowly and gradually it infused into my daily life in the form of “Hinglish”. It now became a common phenomenon to use English words during conversations. Rather only a sliver of the Hindi-speaking population would remember the Hindi translation for everyday words like “taxi”, “car” and innumerable more. The infiltration of the language in masses in the form of “Hinglish” is now a known reality in India. According to a BBC news article from 2012, India is the world’s second-largest English-speaking country. Second, only to the US, an estimate of 125 million people speak English in India and the numbers are estimated to quadruple in the next decade.

The African author Ngũgĩ remarks, language holds two major functions in society; it is both a means of communication and a carrier of culture. It forms and transmits images of the world and empowers us to mediate our relationship with others. We saw an example of the world where the tradition and culture itself is a reconstruction of the past by the present as desired. So can this amalgamation of two languages (of the colonizer and the colonized) project a new image of the decolonized world that allows for plural realities to co-exist?

Language and decolonization of the mind

Decolonising the Mind: the Politics of Language in African Literature (1986) – Ngũgĩ Thiong’o

PS: The politics of class division that is perpetuated by the English language in India is a topic that requires detailed discourse, which I haven’t addressed in the scope of this blog.