What Does it Mean to Design for Human Behavior?

A couple of years ago, I met Iris Bohnet, co-director of the Women and Public Policy Program at the Harvard Kennedy School, at a talk about her new book, What Works: Gender Equality by Design. She described a project that used behavior design to promote gender balance within an organization. Researchers analyzed why a certain company was struggling to hire more women despite it being their stated goal. Through psychology research, behavioral economics, and information design, the project identified and changed key words and phrases in job descriptions that were discouraging women from applying, and reversed the trend. What I love about this design intervention is that it institutionalizes a more gender-balanced hiring process that does not depend on the unconscious biases of the people involved. I was interested in the idea that behavior design could be used to entrench inclusivity, diversity, and other positive aspects in the media, policies, environments, and systems that drive society. 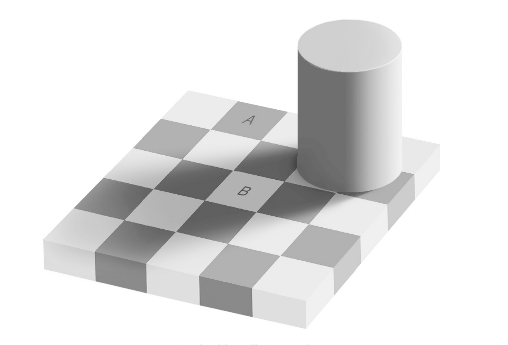 People see square A as being darker than square B. (Image from What Works: Gender Equality By Design by Iris Bohnet)

There is something very reassuring about the idea that intentional, thoughtful design could be used to encourage desirable behavior. The idea of working with the natural architecture of our minds in order to make life better has a huge appeal – it takes some of the onus off of individual people, and presents a really interesting way to explore how our environments impact our unconscious behavior. 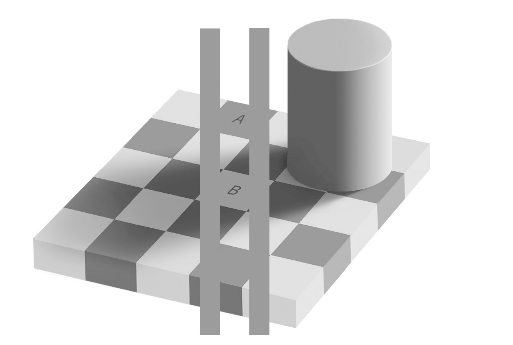 The second figure shows how the human brain’s tendency to look for recognizable patterns can deceive us into making inaccurate decisions – squares A and B are the same shade of gray. (Image from What Works: Gender Equality By Design by Iris Bohnet)

The bestselling book Nudge by Richard Thaler talks about how design can be used to help people make better decisions about their health, their careers, and how they impact the environment. The approach, as implied by the title, is all about designing “choice architectures” that nudge people toward the desired behavior, but leave open the option to choose a different behavior as well.

A popular example of how this approach can be successful is applying it to the organization of cafeteria lunch lines in schools so that healthy choices are presented before dessert, “nudging” students to choose healthier options. This tactic saw a notable increase in students’ healthy food choices – yay. Thaler makes a point of noting that unhealthy options were not taken away from the students, they were simply moved to a later point in the line.

If changes as simple as the choice of words in a job listing or the visibility of healthy food options can lower barriers for women in male-dominated fields or help students form healthy eating habits, it goes to follow that there are many other areas where behavior design could have positive impact. Maybe we could design classroom spaces to better suit the emotional needs of students on the Autism spectrum. Maybe we could use our knowledge of psychology to design our conversations to be less confrontational and improve our relationships.

I really want to believe in this approach, but I can’t get over the uncomfortable feeling that its just a false solution. I wonder if behavioral design takes away people’s ability to make a conscious choice, or if it is comparable to persuasive essays, films, and other forms of culture that have the power to “nudge” thoughts, feelings, and behaviors without infringing on personal agency? Or maybe it is simply an effective tool that could just as easily be used to mitigate societal problems as it could be used to entrench existing ones by encouraging people to continue on with their lives without ever questioning or thinking critically about their bias.

Dunne and Raby are pushing critical and speculative design to be a tool for reflection and making available new ideas of reality on the premise that human beings are free agents and are capable of making up their own minds. Based on this philosophy, it would be better to address negative behavior that might be unconscious with design that encourages the actor to make a conscious choice, rather than intervening in a way that encourages a specific preferable change in behavior. So many people are already “choice architects” without realizing it, and are capable of giving themselves and others better, easier choices. If people already hold this power, isn’t it worth trying to intentionally use it for desirable outcomes? 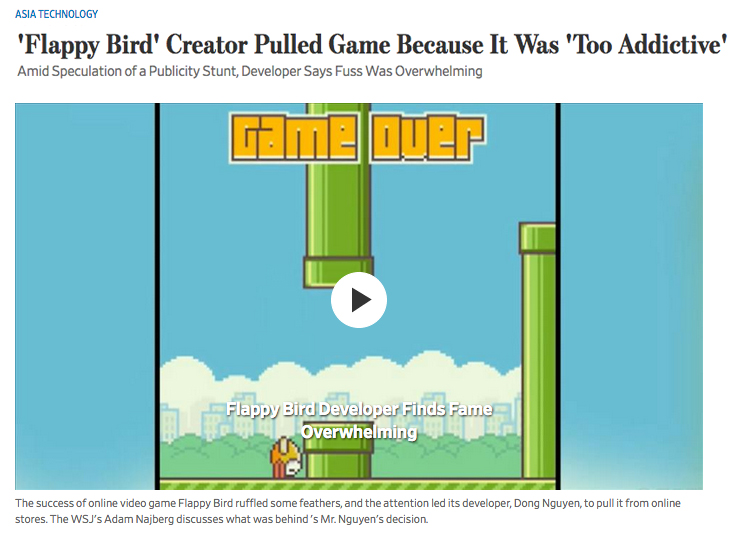 As promising as that feels, the host of issues manifest in the design field (symbolic violence, white savior complex, colonialism, racism, and every other kind of ‘-ism’) have brought up a lot of questions for me about the ethics behind designing for desired behavior. Given the complexity of systems, interventions that we think are straightforward, or linear, often lead to nonlinear and undesirable results. Add to this the complexity of human behavior, and the thought of designing behavior modification starts to feel downright dangerous.

In 2008, The Star reported on daycares in Haifa, Israel that had tried to address the problem of parents being late to pick up their kids by instituting a $1 per minute lateness fine. People get fined if they park in the wrong place, if they commit minor crimes, if they are late to return library books – why wouldn’t it work for being late to pick up kids? It turns out the fine actually resulted in a dramatic increase in lateness. Monetizing lateness turned lateness into another utility that could be paid for (by whoever could afford it). Parents could then decide if the price of being late was worth it, and justify being late by paying for it like a commodity. So in one sense this experiment did make people think about and consciously make a decision, but it also moved the decision from a moral one to a financial one.

Beyond unforeseen consequences, not all designers have the same idea of what “desirable behavior” means. If most designs come from white, western, male viewpoints, then there is a very real risk of behaviors being designed in ways that would perpetuate the dominance of those viewpoints, at the risk of women, people of color, queer or trans people, and so many others.

Maybe the deciding factor in the ethics of behavior design comes down to participation and co-design. When using design to modify their own behavior, like creating a healthier eating regimen, people have agency and can decide what makes sense for them. Situations where behavior is being unconsciously guided by an outside force without the consent and participation of the actors involved present a much murkier ethical scale. 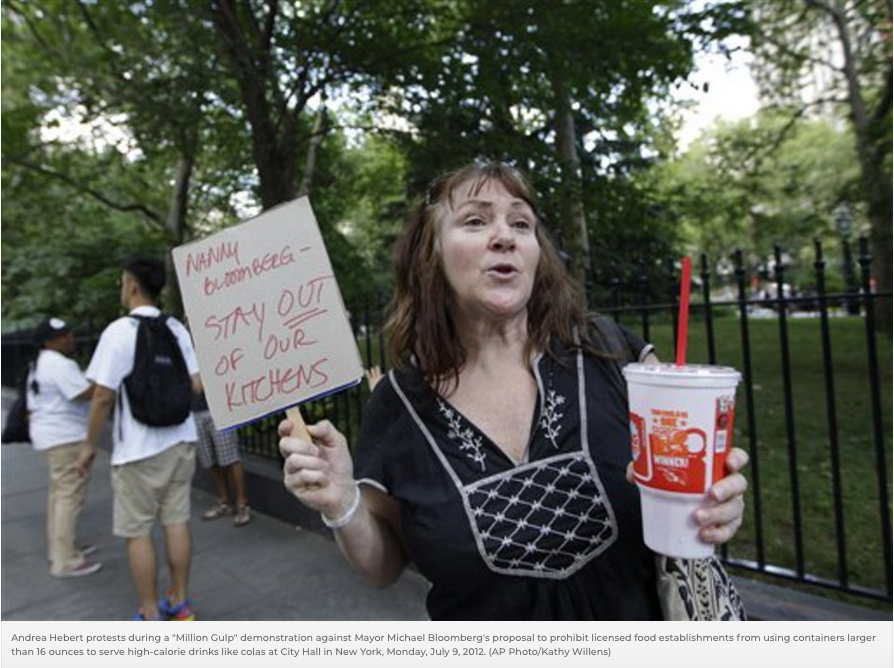 I remember when Mayor Bloomberg championed the NYC-wide ban on selling soda in cups larger than 16oz, and rolling my eyes at the people who protested by buying giant cups of soda because they felt that the ban infringed on their personal rights. I stand by that eyeroll, but I have to wonder: would there have been such an outcry if instead of a ban, the government had enacted some kind of intervention that just made soda cups over 16oz inconvenient or less easily available to the consumer without banning them outright, to nudge people to opt for smaller sizes? And would there be something sneaky or underhanded in that? Is it ethically forgivable to use manipulative means in order to help people make better decisions? I wonder if there is a way to push the goal of behavior design beyond simply modifying behavior and use its principles in a more speculative or critical way, leading people to a more thoughtful and critical examination of unconscious behaviors and their impact.

“A cautious Prometheus: a Few Steps Towards a Philosophy of Design,” Bruno Latour