Welcome to The Good, Transdisciplinary, Place 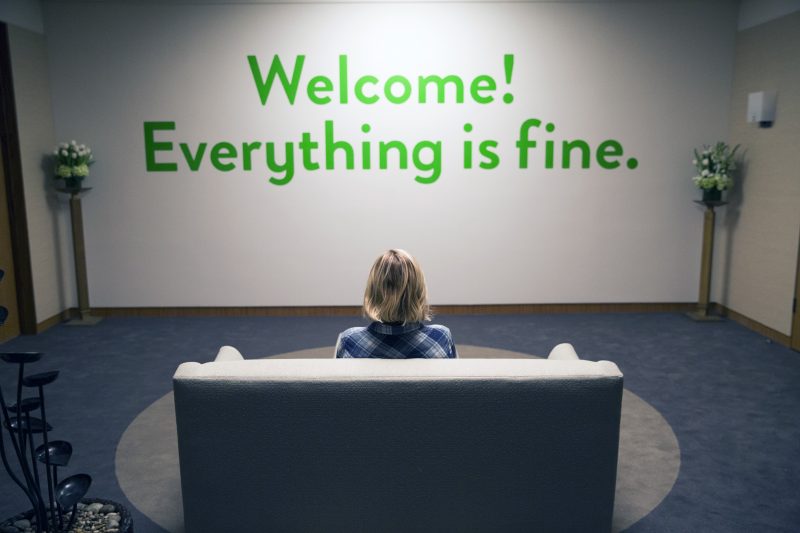 Is there a way to be good as a designer? Is everything that we design doomed to harm the world? Or there could be a way for us to make some good through design? What does it mean to be good, anyway?

The Good Place is a TV Show that presents a world where all humans are ‘sent’ to one of the two dimensions of the afterlife: The Good Place, a kind of ‘heaven’ reserved for people whose actions and behaviors in their lives have been mostly ‘good’; and The Bad Place, an alternative ‘hell’ where all other people are destined.

The system of assignment to either of the two dimensions is apparently simple: for every action that humans perform in their life, they receive a positive or negative score. Upon their death, the sum of all their points will determine whether they should go to The Good Place or The Bad Place. Those who are assigned to The Good Place will live in a paradise surrounded by good people and where all their wishes can be fulfilled; and those who arrive at The Bad Place, will be tortured forever by hundreds of demons.

The plot features four humans who have been destined for The Good Place. However, as the story progresses, the characters will discover that they are actually inside an artificial zone within The Bad Place, which has been designed by a demonic architect to test them with new forms of torture: confronting them with their worst anxieties, guilt feelings, and insecurities living inside a perfect world that they know they don’t deserve to be in.

After revealing this truth, the characters will embark on a challenging individual and collective adventure to find their way to the true Good Place. To achieve this, they only need to achieve one thing: learn to do some good. Learn to be good.

Through this search, the show exposes a moral vision, inspired by deep ethical approaches that classical and contemporary philosophers have proposed, about what it means to be ‘good’, ‘fair’ or ‘ethically correct’ in our daily lives. Episode after episode, Eleanor Shellstrop, Chidi Angonye, ​​Tahani Al Jameel and Jason Mendoza face different moral dilemmas as they try to put behind the behaviors that led them to The Bad Place in the first place. Not bad for a Sitcom, right?

So what happens at The Good Place when a good action generates negative consequences?

In the tenth episode of the third season, we are presented with the case of Douglas Ewing, a man who loses hundreds of points for giving a dozen roses to his mother. This gesture, which seemed like a kind action, has negative moral consequences according to the criteria of the scoring system: the flowers had been grown by exploited immigrants, using toxic pesticides, bought through a smartphone made in a sweatshop, delivered through a process that emits polluting gases, profiting from a company whose CEO is a sexual harasser racist.

Behind this, a deliberately extreme example of the negative consequences that a good action can have lurks a condition analogous to one of the fundamental principles that we have explored in our Transdisciplinary Design Seminar: our world is made up of a complex tangle of interconnected systems, composed in turn by elements and interactions that shape our behaviors and the environment (Meadows), and that over time produce the emergence of new and different conditions (Johnson).

From this perspective, when we design a ‘solution’ or intervention for a problem, our actions also do not operate in isolation, but within the ecosystem, and therefore, can unleash unpredictable and untamed consequences (Rittel) that make it more difficult to face the original problem, or that might create new problems different from the initial one. Design, as Jamer Hunt has said in class, is never a neutral action. It is a political act that has the potential, much more than Douglas Ewin’s roses, to shape our reality.

Design, cause of our moral ulcers?

If our interventions as designers are susceptible to produce unanticipated negative consequences, how should we behave then? How can we guide our practice and our decisions as designers to positively affect the systems that have given rise to the wicked problems that concern us? Should we predict and map (as in a Borges story) all the possible consequences before making a decision? Should we ignore all these considerations and jump into the void of action crossing our fingers so that the consequences are as less negative as possible? How can we escape the feeling of paralysis that confronting this systemic awareness of the world can produce us?

In The Good Place Chidi Anagonye is a professor of moral philosophy whose ‘mortal sin’ was his indecision, his inability to act and make choices. His moral standards are so high and his understanding of ethics so deep, that he is absolutely incapable of making any decision without suffering a gastric ulcer caused by thinking about all the possible consequences of his actions. His indecision causes him to lose his place in The Good Place precisely because his inaction produces equally perverse consequences, including his own death.

Many (or at least it is my case) enroll in this program because we believe that through the convergence of design with other knowledge and ‘other ways of knowing’, we may have the possibility of imagining, designing and fostering interventions that positively change the behavior of the systems that have given rise to so many of the social and environmental problems that affect our crazy world.

However, as we are confronted with the philosophical and ethical questions on which the vision of our program is built, many times we can feel the same moral ulcers that Chidi Anagonye experiences, and find ourselves in a position where it seems easier to shelter ourselves within indecision or inaction.

Transdisciplinary Lenses to observe, and to take action

Although our Transdisciplinary Design Seminar does not offer an absolute answer or an unalterable truth about what it means to have a morally good design practice in such an unpredictable and complex world; it has endowed us, undeservedly, with a collection of criteria to navigate the complex ocean of design; to observe the world, to question our practice and to guide our decisions within that world with the care and touch of a surgeon.

I believe that today we have –or that at least are on track to have–,  a collection of angular, peripheral, macro and microscopic lenses to move, cautiously and at a slow pace, towards a renewed design practice. We have taken the first steps to build our capacity to see the problems of the world in their systemic dimension; we have acquired the humility necessary to defeat our ego and our savior complex, and to recognize that the problems we face are indomitable and unfixable; we have confronted how ephemeral our actions can be compared to the times and scale of Emergence; we have appreciated the poetic beauty of other forms of life, of subterranean, forest and microbiotic superorganisms that do shape and perceive the world with their own forms of agency; we have reopened the door to other forms of knowledge loaded with wisdom, songs and ancestral lived experiences that expand and energize the prevailing techno-scientific vision and our own situated knowledges; we have confronted the political responsibility involved in designing artifacts; and we’ve acquired the confidence, curiosity, and drive it takes to escape market trends to dream and craft alternative futures. We have been granted the privilege of The Good Transdisciplinary Place.