Moving from a western Canadian city by the rocky mountains, to the most populated and urban city in Canada, and now to New York, the largest city in America, I find myself searching for the magnificence of the mountains within the confines of the city infrastructure. The towering heights and grey concrete can vaguely resemble rocky peaks if I find myself missing home. The sounds of construction replace the birds outside my window and the rats and squirrels stand in for deer and rabbits. Growing up I would go on camping trips on the weekends and hiking was a common activity as a family. Calgary’s extended winter climate was especially fruitful for winter activities such as snowshoeing, skiing, skating, and sledding. The city even hosted the Olympic winter games in the 80’s, with the park still in use today. Despite the parks and lakeshores here, I still feel so disconnected from nature living in New York City. Having to physically drive outside the city just to see hills and forests has been a significant adjustment. 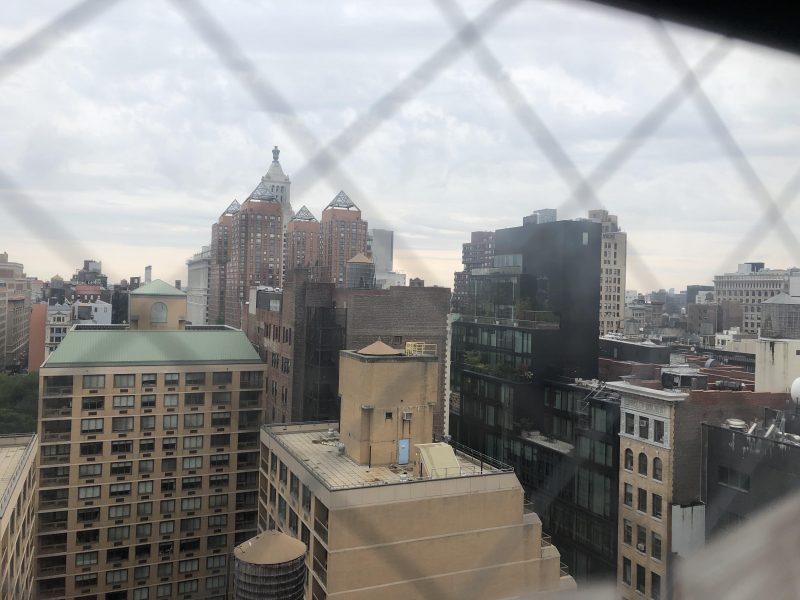 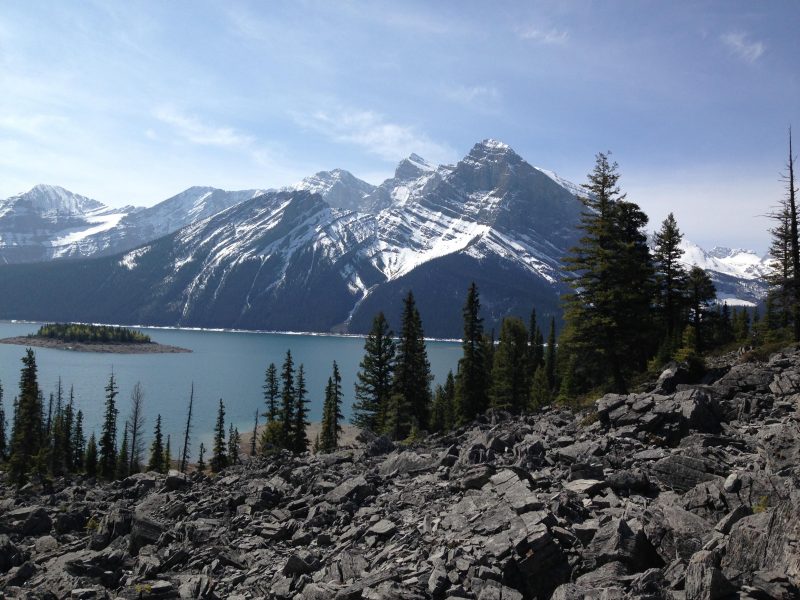 I am often struck by the contemporary human’s distinct separation of personal and collective identity from that of nature. Nature versus man is a theme that is prevalent across media, built environments, and social mindsets of the city-dweller. This seems a very western-colonial mindset that has been imposed onto much of the world through industrialization and power-hungry capitalism. The tendencies to control nature as an assertion of power have turned environment to resource to currency. The divide has become so apparent that humans often see themselves as a completely separate entity from nature, a self-imposed superior species that is uniquely self-aware and has ability to own and control other animal and plant beings.

As discussed by Agustín Fuentes in Becoming Human with Others in the Anthropocene, we are a product of “niche construction;” the shaping of environment and organisms by one another over evolutionary time, processes which define the Anthropocene (Fuentes, 2019). In the modern day, it seems that humans see a more one-sided and transactional relationship to nature. We are shaping the environment with our actions everyday, but the environment is also shaping us whether we want it to or not.

I wonder what will human-made environments look like without humans? We have shaped the world so much to serve our species that the trajectory of the planet has dramatically altered. Many organisms have had to adapt to our presence and now have an interdependency for survival. Without humans in this transactional relationship and dependency, how would they respond and evolve? How would physical artifacts (architecture, technology) we built shape, and be shaped by, the organisms and environment? 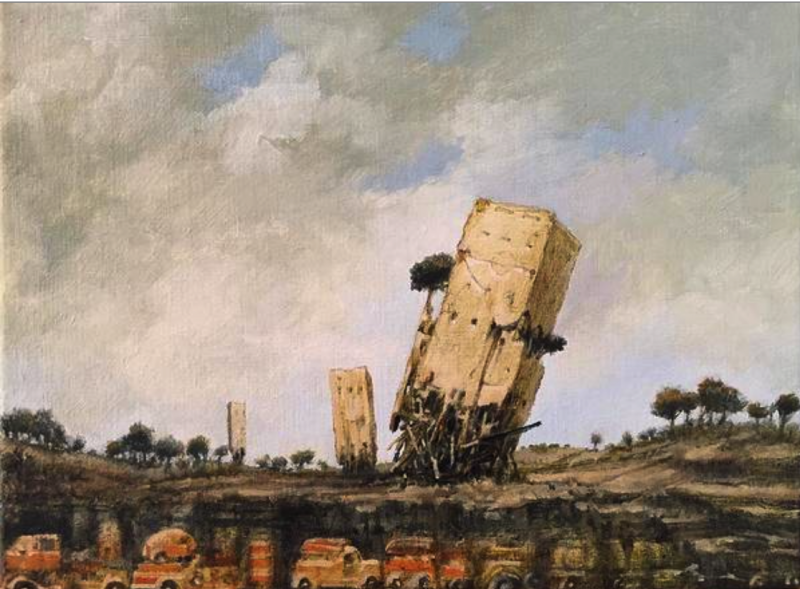 In Braiding Sweetgrass, Robin Wall Kimmerer speaks of the old growth forest and what we can learn from this system of growth;

The old-growth forest is as stunning in its elegance of function as in its beauty. Under conditions of scarcity, there can be no frenzy of uncontrolled growth or waste of resources. The “green architecture” of the forest structure itself is a model of efficiency, with layers of foliage in a multilayered canopy that optimizes capture of solar energy. If we are looking for models of self- sustaining communities, we need look no further than an old- growth forest. Or the old- growth cultures they raised in symbiosis with them. (Kimmerer, 2016. p. 284)

Humans are just one agent in a much larger interdependent ecosystem like the forest. As we design and make choices in the world, we must consider and acknowledge our role within the system as a whole. I think this is something that I will carry with me as I move forward in TD and into my practice beyond.

Bayo Akomolafe’s exploration of the age of the Anthropocene challenges the idea that human and nature are distinct and separate entities. In the Anthropocene, we are “holobionts” of bodies with bodies, not individual beings, but something part of a larger community and ecosystem. There is a blurred division of human and nonhuman, with nature revealing itself to be mind-like, and humans animal-like in many ways. As Akomolafe states; “…the story of human exceptionalism is growing silent” (Akomolafe, 2018). I believe there is so much beauty in this sentiment of being individually unexceptional, but rather exceptional as a system, in helping each other and the organisms and environments which surround us and are us.

A final sentiment which I will hold in my mind, just a few of the many powerful words of Akomolafe;

Indeed, it has been said that the Anthropocene is some sort of time travel—a sinful glimpse of the present from the vantage point of the deep future (“sinful” in that it upsets the supposed order of things). It is almost as if we are looking “back” at ourselves from the devastation of a toxic post-human world, trying to understand our age. What we see from this vantage point is allowing us to tell new stories about everything. (Akomolafe, 2018. para. 18) 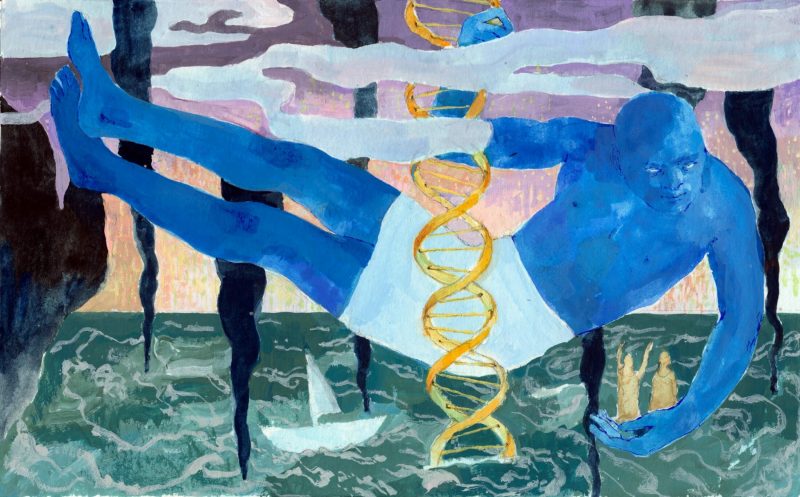 Akomolafe, B. (2018). When you meet the monster, anoint its feet. Emergence Magazine. Retrieved from https://emergencemagazine.org/essay/when-you-meet-the-monster/.

Fuentes, A. (2019, February 8). Becoming human with others in the anthropocene: The long view. Engagement. Retrieved from https://aesengagement.wordpress.com/2015/09/29/becoming-human-with-others-in-the-anthropocene-the-long-view/.