The north of Huaqiang area of Shenzhen city (abbreviated as Huaqiang), once known as the center of “Shanzhai” (a negative word created by Chinese public to satirize poor counterfeit), now attract numerous “makers”(the person who want to create things, regardless of background) into their system of iteration and collective creation. The purpose of this article is rising up questions about this unique process of collective creation in various aspects.

The beginning of collective creation

From 1979, processing industry was the major business in Huaqiang. It soon attract lots of electronics corporations reside. After that, the foundation of Saige Group in Huaqiang synthesized over 100 electronics related companies in 1985. However, under the planned economy, the procedure of chip transaction was extremely lengthy. Hence, the idea of integrate electronics market was conceived, and Saige may never predicted how would it be popular in the following decades.

Since then, thousands of electronics retailers and companies, including materials selling, accessories delivery, processing, production, converged on Huaqiang, naturally formed a cluster of markets.

“One meter counter” became the most remarkable feature of the market. Its cohesion and density offered a sufficient place to accommodate completed industry chain, like a system, which ensure frequent communication and a rapid, intensive process of creation by iteration. For instance, a worker can spend only 2 days was needed for material collection in order to make a new prototype. The counter which take charge of next stage, like installation, would get to know approximately how much workload they need to hold, so each counters in the links feel the same information and to be preparing. Then the worker, through move around different “one meter counters”, will finished his testing, installation and package during 2 weeks. Amazingly, they will cast the prototype back into the system in which high efficient iteration was provided by re-testing or re-configuration, or just restarting the whole process or production, until true innovation appeared, like Dual-Card, cell phone with innate compass for different religions, unmanned aerial vehicle and Bitcoin miner. Accordingly, with the new innovation, all counters automatically made consequent function transformation and optimization for adapting new trend.

It looks like a real emergence—“they solve problems by drawing on masses of relatively stupid elements, rather than a single intelligent ‘executive branch’”. Huaqiang area at the time, was totally decentralized but aggregated system of creation. 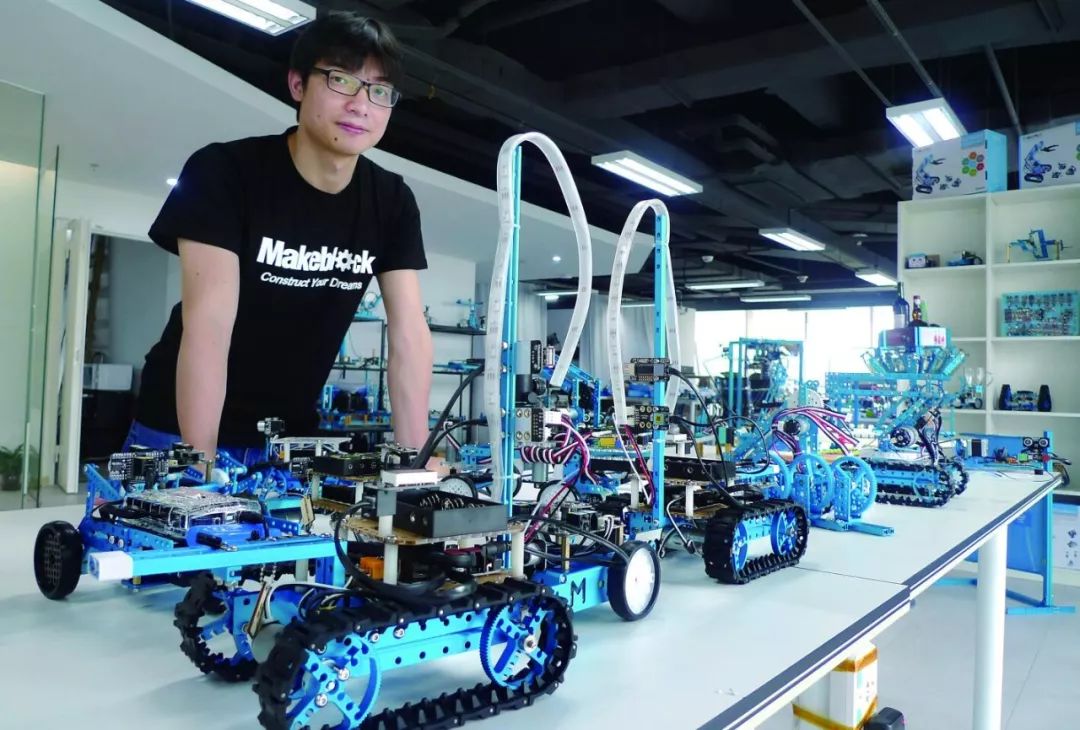 Decentralized co-creation and its conflict with authorship

Comparing to our traditional way of design, a way where we, as designers, hold strongest agency and influence even for participatory design, but the way we seen in the process of collect creation is more like every “tools” in the system sharing the same quantity of agency, known as distributed agency—“The concept of distributed agency—which suggests that the agency is not the result from discrete actions by single subjects acting intentionally but largely the effect of complex heterogeneous networks of humans and nonhumans—has profound implications for design”.(Arturo Escobar, “Design for the Pluriverse”) However, one of factor, that contributed to separated agency, also aroused huge controversy, is non-authorship. Undeniably, the business in Huaqiang area set out from a gray zone, imitation. It doomed that authorship doesn’t originally exist. Hence, the value of innovation from Huaqiang is generally underestimated even for now. Here, I don’t mean to challenge the moral concern of author ship or to retrospect what is the “first sin” of Huaqiang, but to question: how could we define the authorship for a innovation design which was co-created from coincidences by hundreds of co-maker? Why there is no appropriate decentralized form of authorship for this case? Most importantly, could we design a new rule of authorship for decentralized system like Huaqiang?

Contradicted to what Arturo Escobar mentioned in that “Yet a certain dualism continues to remain in place: author/design…”, “…This type of objectified authorship is inimical to genuine practices of collaboration and design for and from ralationality”. Maybe in Huaqiang the dualism sight of authorship is blurred through unbroken iteration.

Perhaps more possibilities remain in the discussion, but since 2011, the local government of Shenzhen decided to clean this kingdom of “Shanzhai” due to purpose of industrial transformation, from a symbol of counterfeit to innovation coalition. Numerous “Shanzhai” products were destroyed with departure of counter owner of first generation. Fortunately, the function of system still remain untouched, especially for iteration. Since then, chaotic situation of authorship seems came back to the normal way: companies’ possession. This shifting also attracts “makers” and innovation enterprises to fill up the void left by the leaving of predecessors. A “incubator” is maybe the best description for the current phase of Huaqiang.

While people celebrates the new identity of Huaqiang, a possible “catastrophe” is emerging. The arrival of innovation enterprises made pricing power centralize to the enterprises due to the aggregation of copyright/authorship. On the other hand, in the first-tier cities in China, like Shenzhen, more and more proposals about constructing big scale building are put up on the agenda. Like hypermarket, over 1 kilometer pedestrian mall, Giant city structure is probably suppressing the living space of dense decentralized structure. Those factors contribute a more centralized Huaqiang today if we compare it to the one in the past. The transformation is still under planning.

I can’t help thinking about another example, a popular video game—EVE Online. As a game based on decentralized storytelling, EVE just like a space in which players play as different roles, and interact with each other, like trading and fighting. With the development of relationship and economy, small group, corporation, and giant coalition appeared, form the hierarchy which further brings politics and and conflicts. The decentralized world was super popular at that time. Until March 25 in 2014, in Chinese server, a great war between several coalitions brought a new era to the game. One of coalition conquered all of its rival so that the game world in Chinese server had been united by one single force. However, following wave of transportation from Chinese server to European server proved the disappointment of Chinese players. Since EU server didn’t have dominant power, by another word, it is more decentralized. Do we more like decentralization? But how might we sure it is not another way to reach centralization?