In Face of a World Coming Apart

The other day, I was mildly horrified to see this article headline in Forbes – “This Startup Is Fighting Climate Change By Turning Carbon Dioxide Into Vodka”. So, can college frat parties now also claim to be flighting climate change while raging all night? I am sure that day is not far off, if it hasn’t already happened. 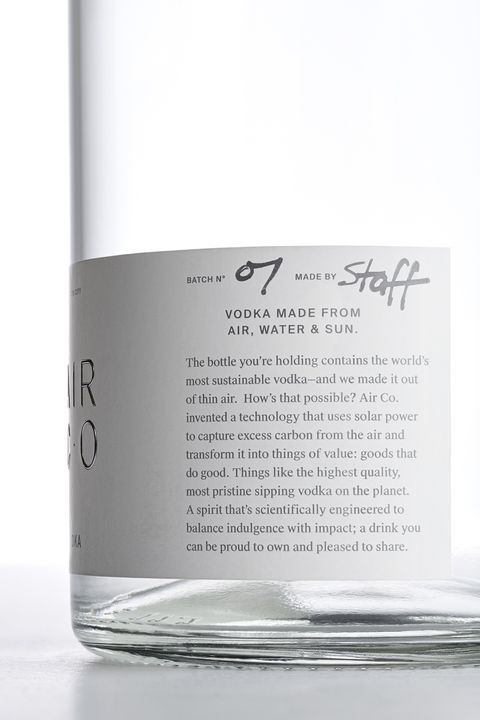 I am only mildly horrified because I have come to expect this from the current moment we are in. In trying to “solve” our critical issues – such as poverty & climate change—we are obsessed with finding “win-win” solutions. Introduced in part by C.K Prahalad in his famous book – The Fortune at the Bottom of the Pyramid, the concept of Win-Win posits that businesses can solve social problems while also making profit. Many, such as, Harvard Business School Professor Michael Porter, take the concept of Win-Win further in arguing that businesses are the better avenue to solve many social problems relative to governments and nonprofits.

“What’s amazing about tech…is that there are so many opportunities to have your cake and eat it too, right?…There is a stereotype that in life you have to choose between doing good and making money…But for technology…the bigger the reach of the good you are doing, the more money you’ll make”(Giridharadas, 41)

The belief that somehow social entrepreneurship and technology will solve our social ills is as infectious as it is likely ineffective. Twenty years ago, environmentalist Paul Hawken posited –

“Companies and designers are developing ways to make natural resources—energy, metals, water, and forests—work five, ten, even one hundred times harder than they do today…revolutionary leaps in design and technology will alter industry itself” (Hawken, 12)

While there have been massive improvements in technology, much of it seems to be directed at increasing consumerism and addiction to tech products. Case in point: the four largest companies in the U.S. (by market capitalization) – Apple, Google, Microsoft and Amazon – are making most of their money keeping us plugged on to their software and not by improving natural resource efficiency.

However, global philanthropy remains convinced that a market-based solution is out there, and we need to just keep looking. Many philanthropies are pouring money into entrepreneurship competitions (including specific ones focused on women and youth), incubators/accelerators, conferences to find and fund the next great idea to solve climate change, global poverty, education and health.

Having experienced one of these annual conferences myself,  I couldn’t help but notice that thousands of dollars were spent flying 1000 youth from around the world to Copenhagen, paying for accommodation, expensive venues and high profile speakers. Our cohort had the pleasure of hearing from actor Ashton Kutcher who’s most famous for the sitcom “That 70’s Show” and the comedy film “Dude, Where’s My Car?” about how we might solve issues like climate change using win-win tech-based solutions.

Without much evidence, we hold on to the idea that somehow technology will save us. Donna Haraway probably shoots down this notion the best when she says —

“(It) is easy to… dismiss…a comic faith in technofixes, whether secular or religious: technology will somehow come to the rescue of its naughty but very clever children, or what amounts to the same thing, God will come to the rescue of his disobedient but ever hopeful children.” (Haraway, 3).

So what is required to solve climate change? The answer is not as hard as we’d like to think. Put it simply, we have to make some sacrifices. Systems Thinker Donella Meadows points to economic growth as one critical leverage point. She says –

“Growth has costs as well as benefits, and we typically don’t count the costs—among which are poverty and hunger, environmental destruction, and so on…What is needed is much slower growth, very different kinds of growth, and in some cases no growth or negative growth. The world’s leaders are correctly fixated on economic growth…but they’re pushing with all their might in the wrong direction.” (Meadows, 146)

Yet we doggedly refuse to sacrifice. This is not only true for companies and governments but also the public at large. A recent Washington Post poll revealed that while nearly 80% of Americans see climate change as a crisis or a major problem, 51% would oppose $2 a month increase in their electricity bill and 64% would oppose a 10 cent a gallon increase in gas prices. Conversely, 68% would prefer taxing fossil fuel companies. We forget that in the very unlikely event that such taxes are implemented, they are likely to be passed on to us, the consumers.

So, where does this leave us? I am not one to buy into the gloom and doom scenario and yet I also find it hard to stay hopeful. Should we start preparing for the coming collapse? The super-rich are ahead of the game – building luxury survival condos, buying land in areas less likely to be affected by climate change, stocking up on seeds and ammunition.

What can the rest of us do? My best hypothesis is our species needs new kinds of systems. We need systems that seek balance over exponential growth, prioritize the needs of the collective over any single individual and strive for spiritual wellbeing over a material one. I am not sure if the systems that exist today can ever fully adapt. They will likely perish and likely cause great suffering and hardship. The new systems that emerge from their wake can be different if we change the deeper mindsets. I see my work as playing a small role in starting to change these mindsets beginning with myself.

How will I do this? I don’t know exactly, and I hope to spend the next few years of my education exploring this very question. However, what I do know is that carbon vodka is not likely to save us.