Getting Good at Being a God

A while ago I learned how to listen to trees. I discovered that if I went out into the forest and placed both my hands on the bark, I could feel a unique wavelength, associated with a color. It would move from the tree into my hands, through my body, and out of my feet into the Earth. This vibration would completely reverberate through me and clear out whatever detritus had accumulated from being in the world of humans for too long. And if I stood very still, cleared my mind, and listened closely, I could hear what the trees were saying. Sometimes it was through physical touch, sometimes through the sound of the leaves, and sometimes I could catch a message just through the electricity in the air.

I discovered this when I lived in New Zealand. I had just gotten out of a traumatic relationship and was the freest I’d felt in my entire life. I would pop out of the fairy gate in my backyard that opened up directly into the vast Mt. Victoria Park and leisurely wander for hours, stopping to meditate, write, commune with trees, and pick leaves and flowers. I would bring the objects I collected home and draw them in bright, unnatural colors – I called myself the Psychedelic Naturalist. 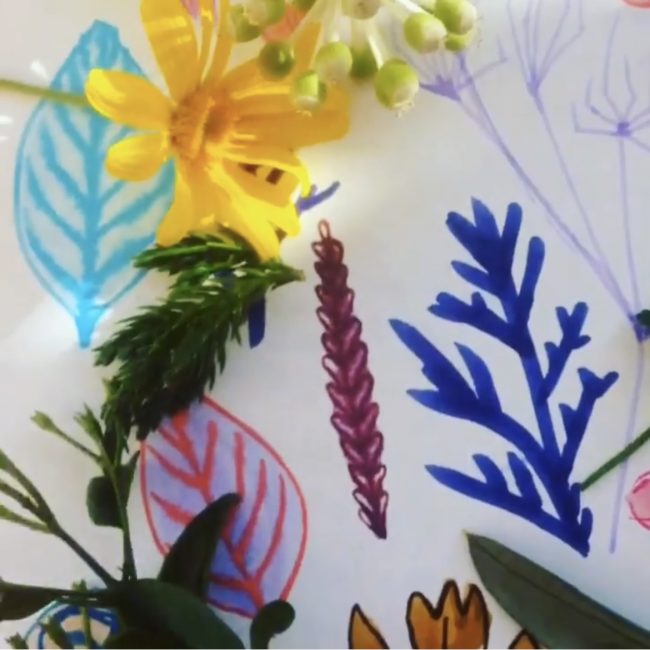 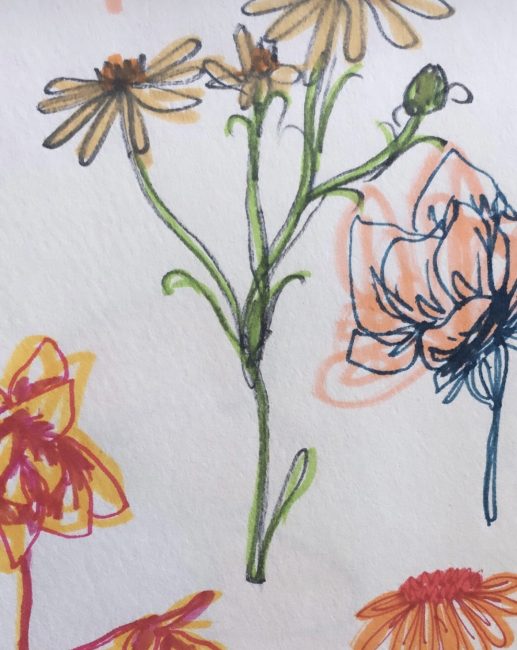 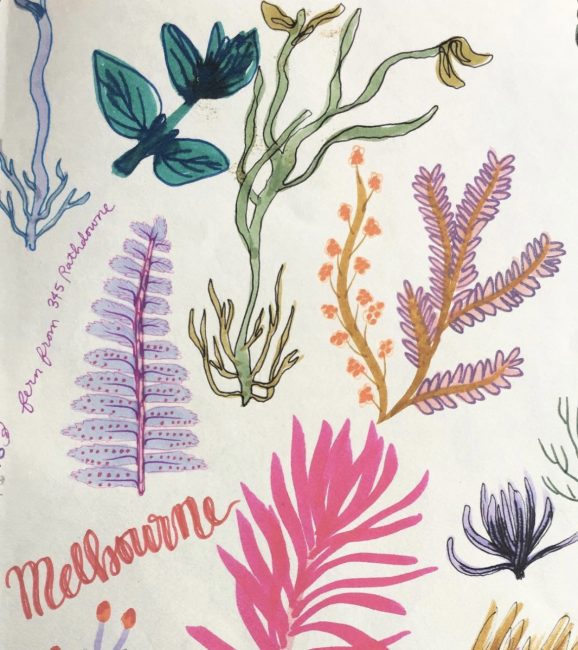 “If there is meaning in the past and in the imagined future, it is captured in the moment. When you have all the time in the world, you can spend it, not on going somewhere, but on being where you are. So I stretch out, close my eyes, and listen to the rain” (Kimmerer).

Reading “Braiding Sweetgrass,” brought me to tears because I, too, know what it feels like to revere nature so deeply that it feels all consuming. To contentedly spend time simply noticing, observing, loving. To find an entire afternoon slips through your fingers watching the path of a small wandering insect, or being hypnotized by the shimmering movement of the leaves of a quaking aspen. 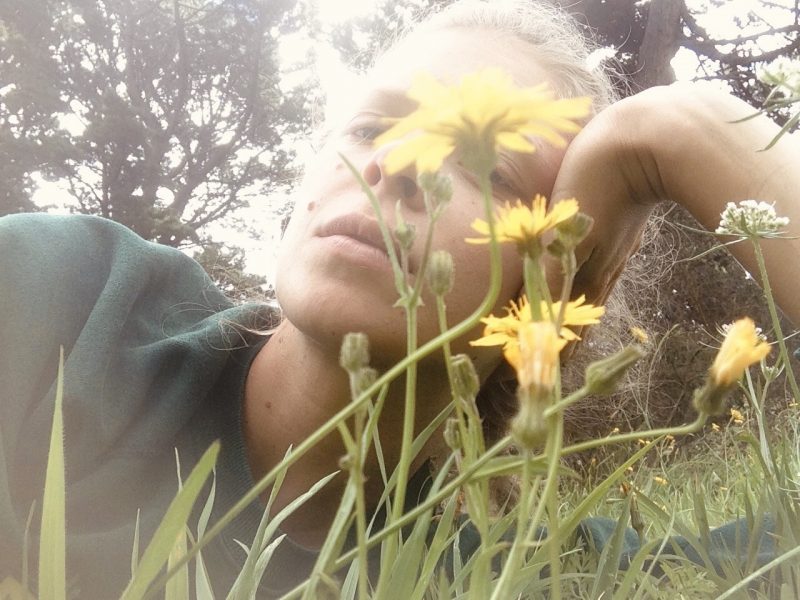 It also made me sad because I was reminded that now whenever I go into nature it is primarily with a goal in mind. I go for a hike to get my steps in, or because I’m stressed and need a utilitarian way to ground myself efficiently. Back then I would spend hours in nature purely for the sake of listening, sitting, being with. The further away I get from this unencumbered period of my life, the harder it becomes to return to it. It’s the antithesis to being in an office in the city, hunched over a computer, making design decisions for client work, endlessly running between errands and appointments and exercise classes, or any of the many miscellaneous tasks that being a modern city dwelling human requires.

It seems like the transdisciplinary question would be – how do we bring this open hearted curiosity and spaciousness to the design process? Can you merge the gooey nothingness and everythingness of nature with the intuitive drive to create, to make? But would it be possible or even ethical to merge the two? Can you merge the sacred with the capitalistic? Can you un-merge the capitalistic from the design process once the bond has been made?

It’s a conundrum I find myself in often – needing to monetize the intuitive superpowers I am honing through my design work while trying to do the least harm. The eternal millennial dilemma of trying to align passion, morality, and work in order to find self actualization under capitalism while not selling your soul (any more than necessary) to our corporate overlords. What does this mean for my design practice? What does this mean for me? I can’t solely dismantle capitalism, the patriarchy, or white supremacy through my work. I still have to exist in these systems in order to survive.

But I don’t just want to survive, I want my life to become a part of something so beautiful I can’t even fully imagine it yet, because it is still taking shape as it emerges from the collective consciousness. Maybe the first step in moving towards this amorphous future is re-integrating my lost practice of ease-full, play-full, wonder-full, gentle exploration with no goal in mind.

“…what we practice at the small scale sets the patterns for the whole system. ‘Transform yourself to transform the world’” (brown). 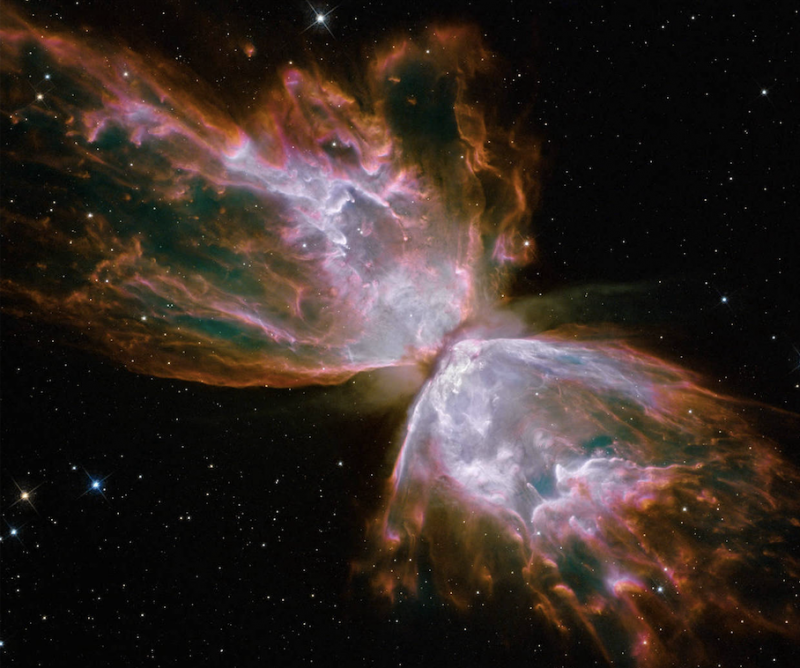 I’m reminded of learning about the limitations of the visible spectrum when I was studying Astronomy. That outside of what we can see with our eyes, there is so much else. Ultraviolet, infrared, x-rays, gamma rays…Those dramatic, vibrant images we see from the Hubble space telescope are really composites of the full spectrum of light stacked on top of each other. If we looked at them with just our eyes they wouldn’t be anywhere near as glorious.

Just like when I listen to trees, through my design process I am seeing something, feeling something, picking up on something that is outside of the “visible spectrum” of emotions and experiences. Maybe it’s not about fixing the corrupt systems that I exist within single handedly, and instead dreaming a dream beyond the sustainability of our current world. Maybe it’s like Mary Oliver said and simply paying attention, being astonished, and telling about it. Maybe through this practice I can journey to places both far away and very close, always coming back to create pathways for others to journey with me, and in the process co-creating a reality more fantastic than we can imagine alone.

“We are as gods, so we might as well get good at it.” – Stewart Brand 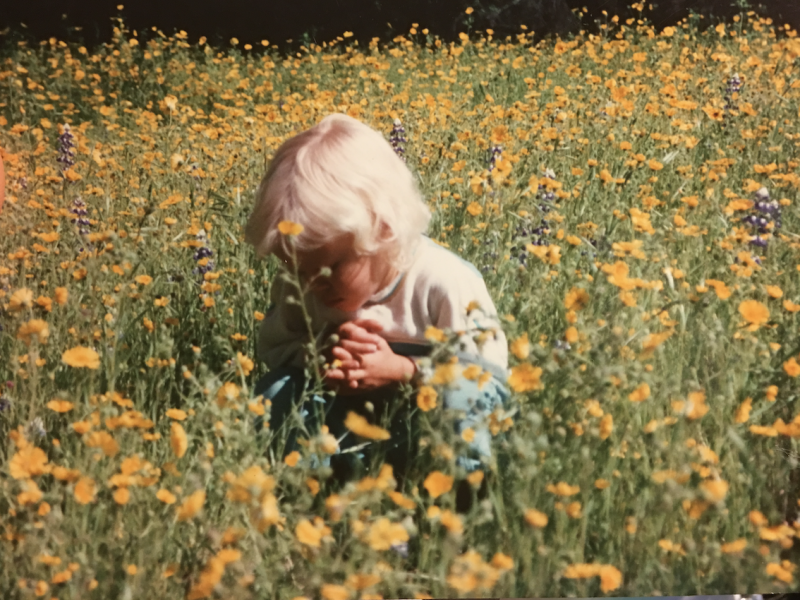