I am (not) a Designer 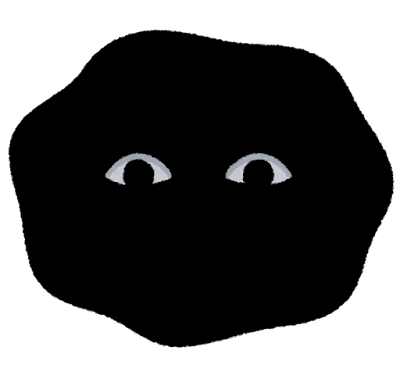 “Whoever fights with monsters should see to it that he does not become a monster in the process. And when you gaze long into an abyss the abyss also gazes into you.” -Friedrich Nietzsche

What I learned at Transdisciplinary Design (TD) seminar
As this blog is the final project of TD Seminar, I would like to reflect on what I have learned so far in TD Seminar. I have learned that the most important tip for designers is to understand their values. If design is the process of materializing ideas, the designer’s values will appear in their artifacts. Therefore, designers should be aware of what values they hold. Designers with prejudice may create designs that promote prejudice. I have spent this fall semester reviewing my values, so I would like to write about them here.

What ontology means for me?
First of all, I would like to clarify my worldview, that is, how I think the world exists. I have adopted a view similar to anti-foundationalism in ontology. The rationale is Umwelt advocated by Jakob Johann Baron von Uexküll. This world consists of elementary particles, and phenomenon emerges when it passes through the sensory organs of living things, including humans.

The answer to the question of how Umwelt was formed can be derived from the theory of evolution. In other words, organisms are “designed” by natural selection so that they have an evolutionarily adaptive way of thinking about things. Based on this premise, it becomes clear that sugar itself, for example, does not have the property of being sweet. Humans feel sweet about sugar because it is necessary to live, and we have been “designed” by natural selection to perceive it as pleasant.

The existence of the ego is also questionable if we apply the concept of evolutionary theory. The ego is regarded as an interpreter, and the module hypothesis of the mind is also advocated in evolutionary psychology [1]. The ego is considered to be an emergence from the process of evolution, an emergence from the functioning of neurons in the brain. Thus, there is no objective nature or essence to the world, and the consciousness you feel as yourself is an illusion your genes show.

All of the worldviews I have said so far can be explained in Buddhism. The absence of essence in the external world is called “emptiness,” and the illusion of the ego is called “non-self.” Buddhism defines evil views as thinking that things themselves have an essence, or that one’s own existence is absolute [2]. It also tells us to realize that we are trapped in these things. I feel that this is similar to what I have learned in Transdisciplinary Design, which is to be aware of my perspective. Of course, I don’t mean to force you to think this way, but I adopt this worldview and try to build a system of thought.

1. participatory design
I would like to question the hypothesis that designers can reach better designs by listening to a large number of opinions. In other words, discussions shouldn’t be the only way to get elaborated insights. For instance, designers can get insights from philosophers’ books as well, which could be interpreted as inviting philosophers as participants, even if the philosophers have already passed away. Roberto Verganti in Politecnico di Milano also advocates starting design from personal love or passion as a meaningful innovation [3]. Design is not just about gathering participants and discussing together.

2. design can change the world
I would like to doubt question the attitude of trying to change the world through design. Rather than gaining human happiness by changing the world, there may be a direction in which the world looks different by changing the way we ourselves think. In other words, the cause of suffering is not on the side of the world, but on the side of people’s perception. I suggest designers aim for design that always prioritizes the realization of the “Transcend paradigm,” which is the ultimate goal of the leverage point that Meadows advocates [4].

3. design for problem-solving
I would like to question the assumption that problems can be solved. Even if we can’t change the world, it doesn’t mean that we can’t solve problems forever. There is no escape from “staying with the trouble” and living is suffering. If so, it would be better to change the perception of problems as problems in the first place. The world is made up of interactions, and phenomena that seem like problems may be illusions perceived by the ego. Design could play a role in imparting such wisdom.

I would like to propose a new design supported by philosophy, evolution, and religion imitating the method of incorporating an anthropological approach into design. Design could use the insights left by philosophers as well as those alive today. Design could understand the deep psychology and unconsciousness of human beings by utilizing the findings of evolutionary psychology. Design can be used to guide us on the path to enlightenment Buddhism aims for. I would like to speculate on such new designs.

I am (not) a designer
I would like to conclude by integrating my worldview and design theory. My current philosophy is that everything depends on human interpretation, and the keyword is boundaries. This illusion of boundaries is troublesome. “I” am the one who shares the same genes. My family shares the almost same genes, but others are not: they are strangers. But these boundaries are illusion genes show us. There is no inherent boundary between me and the world. If the cause of the problems facing humanity is the enlargement of the ego, then I would like to see more people become aware of the illusion and focus on compassion. Even after nearly 2,500 years, we have not achieved a world where everyone practices these teachings, so it would be impossible for me to achieve this alone. Still, I would be happy if I could increase the number of people who understand such values with the help of design.

I think that the attitude toward boundaries has something in common with transdisciplinary. Similar words include multidisciplinary and interdisciplinary. Given that multidisciplinary emphasizes the use of multiple domains and interdisciplinary straddling those domains, I understand that transdisciplinary has the premise of doubting the distinction between those domains. If we move from dualism to pluralism, we will probably arrive at a perspective where everything is fused. People are addressing economic problems, political problems, educational problems, etc., but there are no such divisions. Everything is a problem of this world. I like every knowledge such as philosophy, religion, evolution, psychology, engineering, design, etc. It’s all about knowing yourself and the world. I am sure that once we realize that boundaries are illusions, we will be able to see the world as it is and find the essential leverage points.

Through TD seminar, I have come to believe that “designer” is not a job title but a word that describes a way of life. Design is not just about thinking, and not just about making things. Design is a way of life. Marcus Aurelius advocated politics by philosophers, and perhaps the same can be said for designers. Designers do philosophy. Philosophers do design. It doesn’t matter which way you say it, because these are just word games and there is no distinction between the two. I may be or may not be a designer, but I don’t have to worry about defining these words. All I have to do is to believe in the values that I have mentioned so far and continue to live my life updating my perception of the world. Consequently, I hope I can make the world a better place.