The world is melting.

When considering the health of our physical and social environments, it feels like we are drawing near our end, and yet, Google just claimed quantum supremacy, the new iPhone was just released, the next big holiday is around the corner, you are excited to go home for the stimulations of Netflix, life is pretty much the same if not better than it was 5 years ago. Around the globe the average quality of life is better than it has ever been, and yet, our problems are more entangled, messier, and dire than ever. I would argue most of these problems are due to our inability to set boundaries that resist the natural near-sightedness of human desire. In order to test that claim, we need to study human behavior, observing the flaws in our decision-making processes, but first let’s consider the role of systems design.

To combat the inclinations of human nature that can be catastrophic to humanity in their selfishness, we must develop rules, laws, regulations, to hold individual motivations in check. The development of these policies requires an inherently systems approach, inviting design theories and processes. As designers enter these spaces with grand ambitions of human welfare, we must develop our own moral code that enables us to sacrifice smaller personal losses to prevent far greater losses at the expense of others.

If we are looking for a clear example of such an ethical framework in practice, I have found that there is no more impressive systems design endeavor to consider than religion. As a practicing Muslim, I have become very aware of the aversion to some of my religious views in many design circles. Jurisprudence, especially, is viewed with disdain as an ultra-conservative mechanism of control that is incompatible with the more liberal mainstream design culture. I have found this bias to be somewhat hypocritical as religion itself is possibly the single most successful form of systems design in existence for promoting human welfare. In its non-political application, it has undoubtedly produced more social good than anything ever designed. In my personal experience, my faith has only enhanced my practice of design and vice versa. I believe there is something for the average designer to learn by studying religion from the systems perspective.

How would you go about designing a way of life for all people of all time?

How have you designed your own?

Religion is designed for the optimization of humanity. From the start, this system is understood to be developed with the wisdom of the most knowing entity, God. This entity operates with an ability to consider all possibilities simultaneously. When this system makes certain provisions as to what one should and should not do, these parameters are meant to promote the well-being of not only the individual but humanity at large. If we take the prohibition of extramarital relationships as an example wildly at odds with more “progressive” social practices, we might at first consider this mandate to be outdated and overbearing. When we broaden our area of focus to the scale of humanity and contemplate its potential as legal policy with that scope, we are able to better understand its purpose as an effective preventative measure for major societal problems. This can be broken down into a simple equation:

In another example, the prohibition of alcohol and non-medicinal drugs:

One more on the prohibition of interest to thoroughly test this theory:

The net outcome as the sum behavior of many individuals within the social system far exceeds its cost to each participant but is only attainable with the scale of systems planning. Omniscience, however, is not a common trait among systems designers, and a result of our very human constraints, Horst Rittel and Melvin Webber find:

“A great many barriers keep us from perfecting such a planning/governing system: theory is inadequate for decent forecasting; our intelligence is insufficient to our tasks; plurality of objectives held by pluralities of politics makes it impossible to pursue unitary aims; and so on. The difficulties attached to rationality are tenacious, and we have so far been unable to get untangled from their web.” [1]

In daily practice, our rationality is highly flawed because our default field of view is narrow and self-centered, but even when we plan for the distant future, our engineered models of the world fail to capture even a fraction of all the variables at play. Humans tend to think on the scale of minutes, hours, and days in our personal experience while responsibly designing a life, social structures, and policy demands a much broader scope of years and generations and the consideration of external factors. In reality, we often make decisions for short-term gains that do not logically make sense at the scale of life for a species or even an individual, and consequently, we are at a loss in the long run. Neuroscientist and psychologist, Dean Buonomano, describes this process in his book, “Brain Bugs: How the Brain’s Flaws Shape Our Lives.” He provides a simple example to elucidate the concept of “temporal discounting” in which we struggle to grasp the sense of value as we increase scope in time and scale:

“If you were given two options– $100 now, or $120 one month from now-which would you choose? An additional $20 for waiting a month is a very good yield; thus, the average economist would argue that the rational decision is to take $120 one month from now. Yet most people would choose the immediate $100. “ [2]

Economist, Herbert Simon, has diagnosed the root cause of such flawed logic as the human condition of “bounded rationality.” In her pioneering work in systems design, “Thinking in Systems: A Primer,” Donella Meadows underscores the dangers of this condition with examples of the ripple effects of these bad decisions, such as over-fishing leading to the collapse of an industry. She finds that our limited scope often leads to systemic failures, initiated by many individual, personally motivated behaviors that do not consider the larger context. As she highlights the inability of our mental models to account for the complexity of the world, Meadows proves how this shortcoming can lead to unwelcome surprises in our designed systems, confirming that “bounded rationality means that people make quite reasonable decisions based on the information they have. But they don’t have perfect information, especially about more distant parts of the system.” [3]

In order to mitigate the shortcomings of the human perspective, responsible design demands a systems orientation to be thoughtful about our contributions to the good and bad we see in the world. Navigating this uncertainty will require some faith: a willingness to take small losses in hopes of a greater reward. 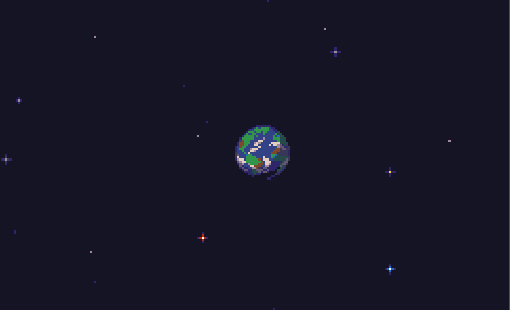