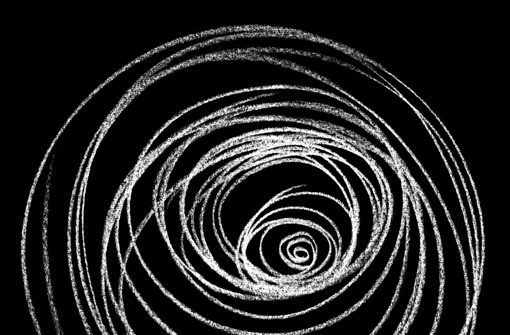 As modern technology and life spin faster and faster, at breakneck speed, all the while demanding that we keep up, new problems surface— creating a plethora of new areas in business, healthcare, policy-making and education that demand a new approach to the existing paradigms.

My research began with the challenge to connect siloed studios and small innovative practices of education and healthcare to acknowledge the need to create a common language and a method of interaction. As projects expand from small “designer-to-client” processes to much more complex “systems-to-systems” type of relationships, a new method of communication and understanding become paramount. Per my research, I began with an observational approach using interviews and photo essays of the working environments to best understand each studio’s unique sensibility. I extracted global yet specific attributes and used them to create a visual lexicon to be utilized with other studios, examining their reactions and continuing to refine and expand on my initial efforts.

My research process exposed five main points that I found critical in making a system of communication that has the potential to serve as a new model for blending traditional modes of design.

Listening
Probably the most basic, yet alarmingly underutilized and misunderstood—true listening demands you lose all ego, allow for your expectations to possibly not be met, and requires focus and mental strength. I found that it pushed me to put aside my own needs in order to really gain insight and reveal new truths not before considered.

“A little recognized value of listening and inquiring relates to the realization that in human relationships, it is frequently not what the facts are, but what people think the facts are, which is truly important. There is benefit in learning what someone else’s concept of the reality of the situation is.” – Bryan Bell

Experimentation
Variation, comparison and grouping all play into the experimentation of how you collect data, be it through surveys, interviews or observation. Imaginative yet thorough is how I found I could best collect information in a critical yet open-minded manner. This collected information became the fertile soil in which I planted the seeds for my causal relationship inquiry.

Iteration
This term, commonly used for computing, mathematics, and geometry is meant to describe the various methods of finding better approximations after each successive repetition. Now iteration is also being used in design and collaboration methodology to describe the practice of repeating a process in attempt to achieve better informed, organized and accurate results.

After I collected my third round of data, I had a hunch that a sort of “Collab Card” could be used by studios and other organizations to collaborate with a clearly defined premise using a brief description and also by using my visual icon lexicon to communicate more specifically. This Collab Card would also be a service that could be found and activated online.

Sharing
There are many reasons, that designers may be tempted to skip this stage—time constraints, budget, or even ego—however, sharing findings is especially necessary in order to be able to extract the inherent value from what you’ve collected and speculated. Tools can be tested, different insights taken into consideration and unforseen issues addressed and uncovered.

It’s my hope that the Collab Card serves as a tool for effective sharing and collaboration. Initially, the use of this “Collab Card” will act more as a collaboration probe. Feedback and suggestions will be absorbed and considered, then the more ‘official’ Collab Card will be offered.

Clarity
The fifth point I found invaluable in the design-led research process is the importance of defining what it is exactly that you wish to accomplish. Deciding is the first step one must make in order to move forward. In order to overcome the fear of “deciding wrong” you must realize that any decision is better than none. Once you have decided to go a certain path, you can always reconsider and re-define your choice upon reflection. Details are imperative, and because I made these pointed and definitive decisions, I was then able to see a measurable difference in my research which helped greatly in considering how best to move forward.

Research is a process. It moves in cycles, sometimes seeming to repeat itself, but in fact building upon itself with each pass. While the computer has made it possible for everyone to create presentable documents and perfect lines, a good deal of the creativity and pure soulfulness of the hand-written word and diagram has been lost in the process. I believe that a good researcher must balance the rigor and discipline of the scientific process with the flashes of insight afforded by the creative mind.