This past Wednesday night, a resounding victory echoed from the streets of New York City up through the vast and endless cosmos shaking the very foundation of Valhalla. Some champions are born, others rise to the occasion, but still others claim their glory through brutal brutal force. Jamer Hunt proved that while empathy is a fundamental tool for human-centered co-design, in the game of ping pong compassion is for the weak. In the first, of hopefully many, Faculty v. Student TransPong Tournament Jamer Hunt—founder and director of our Transdisciplinary Design program—reigned supreme. 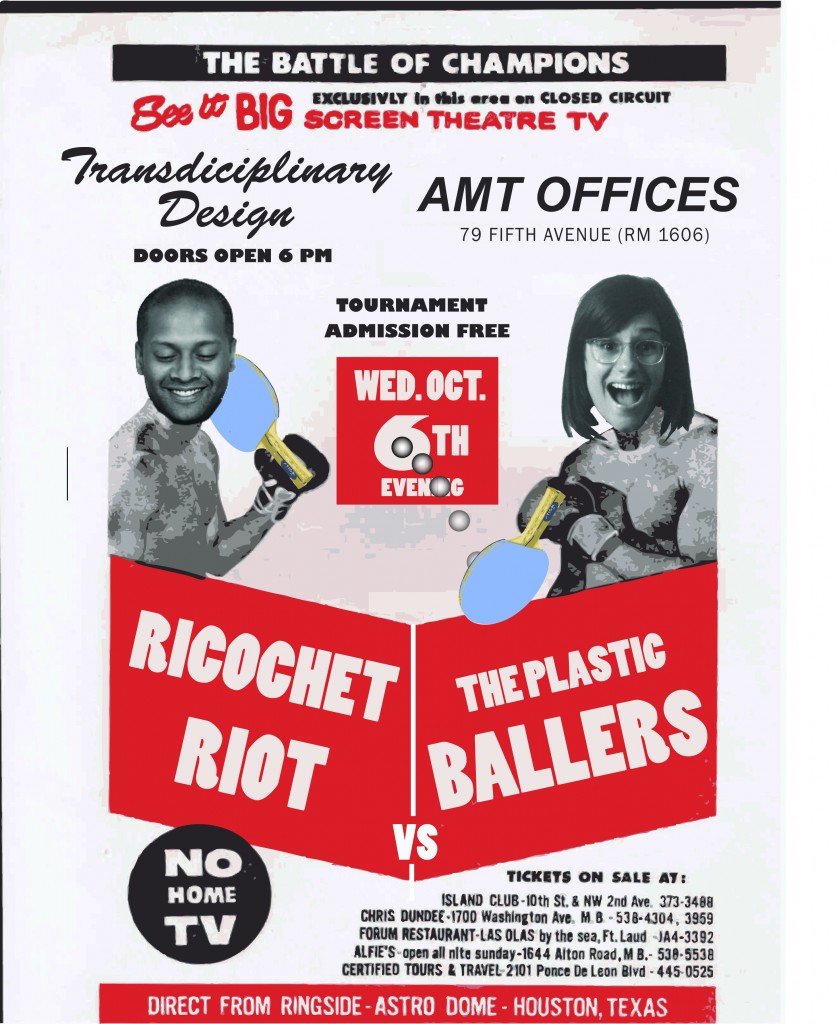 TransPong tournament. What does your MFA do on a Wednesday night??

Eight trans students met eight faculty on the ping pong battlefield, and although the students put up a valiant fight, no one could stand up to Director Hunt’s ping prowess. Jamer’s road to the championship was swift yet reserved, injuring only two students to the point of hospitalization. Speaking of which, we all wish Sean Baker the best of luck in his ongoing rehabilitation; we’re sure you’ll be up and walking again in no time Sean! In the semi-finals Jamer Hunt met first year, Reid Henkel. Some compared Henkel’s performance to a “deer in the headlights.” Director Hunt clarified, “no… sometimes deer damage the car. He was a fly on the windshield of a tank. Hashtag Decimation Station.” Reid Henkel ended in third place overall in the tournament, or as Jamer calls it second loser.

In the Championship, Jamer Hunt, age 48,went up against Steve Phillips, a prospective student visiting Parsons for the first time, age 17. Before the final match, Steve was quoted in saying, “I’m just jazzed to have the opportunity to get to know the program and meet so many neat-o students and teachers!” To which Jamer Hunt responded,

“Mercy is for those who do not have the audacity to seize victory head-on.”

Jamer annihilated Steve with the unstoppable fury of a  long-dead demon king. Upon receiving his first place trophy and collecting the tears of the children he had defeated, Jamer gave a rousing acceptance speech, concluded by saying, “With a paddle in my hand I have the power to fight a God.” Although a second place trophy was made, Jamer claimed that in Transdisciplinary design we do not reward mediocrity. Steve Phillips gave brief final words before returning to his modest home in rural Missouri saying, “Oh God…[sob]…I’m so sorry… I just wanted to learn. I didn’t know… [sobbing]” 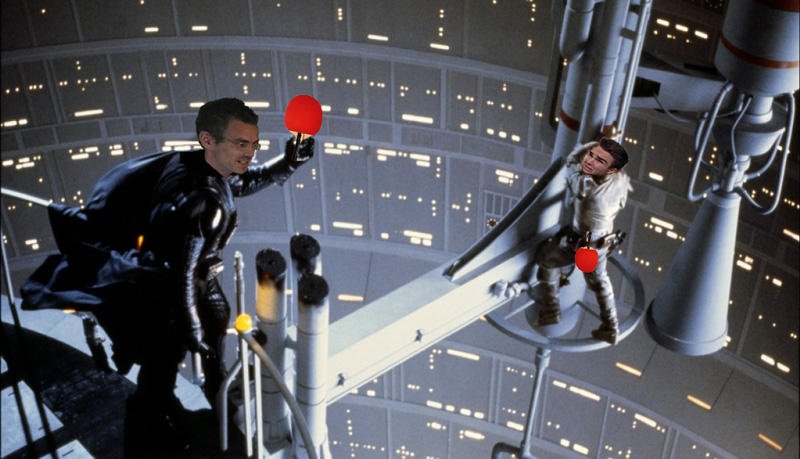 Overall the faculty student ping pong tournament was a great success, with pizza, beer, lively small talk, and (mostly) friendly competition. This amazing morale boost, planned post mid-terms by professor Mathan Ratinam, provided a wildly entertaining bonding experience, while simultaneously re-validating that Transdisciplinary Design is in fact the most fun graduate program in the country, and proving that in a truly emergent system, Jamer Hunt always rises to a point of dominance. Be it ping pong, being lanky, or teaching design thinking, Jamer Hunt’s skills transcend scale—it’s almost uncanny. 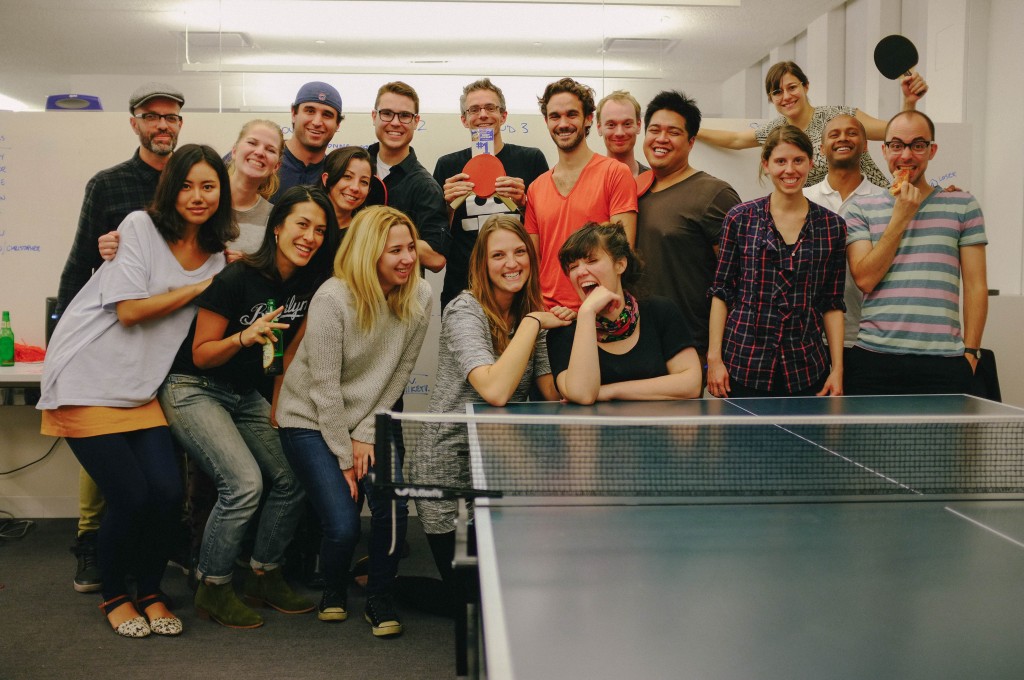