Let’s talk about sex. Well, more so about sexuality—a topic I bet you didn’t expect to find on a Design Strategies blog for Parsons the New School. Never the less, moments of insight from this tantalizingly ambiguous field of Transdisciplinary Design often bleed into some of the most unexpected topics. For me, this bleeding effect happened while reading through an independently published graphic novel I received via Kickstarter titled Anything that Loves: Comics Beyond “Gay” and “Straight.” This comic addresses the problems that arise from the “Gay/Straight” binary, revealing how our dualistic understanding of sexuality has cultivated a divisive either-or mentality that forces individuals into overly simplified sexual identities and leaves bisexuals and transfolk awkwardly unaccounted for. Oddly enough, it was a reading for our Transdisciplinary Design seminar, Thinking in Systems by Donella Meadows, that shed the most light onto what produces and perpetuates misconceptions about sexuality as well as the continued incredulousness towards bisexuality. 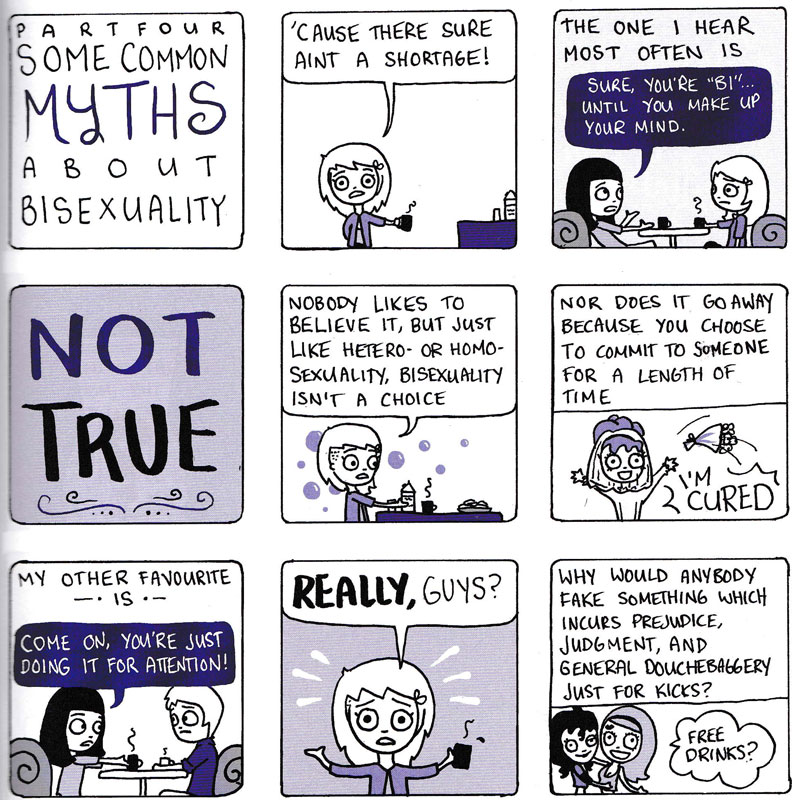 As Meadows states in her book,

“we know a tremendous amount about how the world works, but not nearly enough.” (Meadows, 86)

Everything we know about the world is a representation, a model of sorts. These representations are undoubtedly necessary for conveying any idea to one another. All maps, statistics, and every word in our language is a constructed representation of a concept, or object, used to convey information to one another. One of the reasons humans are able to design such complex systems for survival, according to Donella Meadows, is our ability to synthesize information and transfer that simplified data to one another. However, none of these representations can embody the entirety of the object it is meant to represent. How could they? It is the process of simplification and consolidation that makes these models useful, but also what decreases their accuracy in representing their real world counterparts. No matter the complexity, our representations will always fall short of the real world in its entirety. Meadows offers up this caveat while thinking in system for designers to avoid assuming the systems they are mapping are complete representations of reality, and inevitably overlook the x factors that may be hidden in the complexities of the “real world.” But the same logic can be applied to help dismantle the (preposterous) concept that humans are born strictly gay or straight. Many misconceptions exist today about bisexuality—that bisexual girls want attention or that bisexual males are just closeted homosexuals. These misconceptions lead to the alienation of bisexuals from both the heterosexual and homosexual communities.

We have become so obsessed with our constructed models of sexuality (and gender) that we begin to deny the credibility of individuals that do not fit into that binary system. And things get even more complex once we acknowledge transgender relationships, because not everyone falls cleanly into male or female gender identifications. Essentially, the social models we have constructed to understand sexuality—and even gender—do not fully represent the wide and complex spectrum that exists in our lived reality.

This should not be confused with a call to arms against the labels “gay” and “straight.” Labels are REALLY helpful! At a bar, it is a lot easier to tell someone, “I’m straight” than it is to say, “well, I can find both men and women physically attractive although I think I would have a difficult time pursuing a romantic relationship with someone who identifies with the male gender but I try to stay open minded about all relationships because you love who you love!” Labels addressing sexuality are great tools to have in our communicative tool belt. The problems manifest when we cling to those labels—those models of sexuality—and begin to believe that they fully represent the real world. Our sexual models are simplified representations of what exists in reality as an endlessly complex spectrum of personal sexual identification. When we cling too tightly to the representative labels we have constructed to maintain a dialogue about sexuality we fall into the trap of ignoring the real world complexity of the system. We must not perpetuate the idea that those who do not cleanly fall into our constructed labels are somehow less valid, because then we fail to see the beauty that exists in the intricate details of the world around us.

One of my favorite quotes from our Thinking in Systems book comes from Poul Anderson. He states,

“I have yet to see any problem, however complicated, which, when looked at in the right way, did not become still more complicated.” (Meadows, 86)

Working in a human-centered design program like Trans Des, I might amend that statement slightly to say, “I have yet to see any person, however complicated, which, when looked at in the right way, did not become still more complicated.” Moving forward, I think this mindset is valuable to bring into any human interactions, be they regarding sexuality, gender, race, social status, disabilities or anything else for that matter. We live in a complex world; we can’t let our models work against us. And if all else fails, I leave you with sage advice provided by one of my favorite panels in Anything that Loves:

“KISS PEOPLE WHO MAKE YOU HAPPY AND DON’T BE A JERK!” 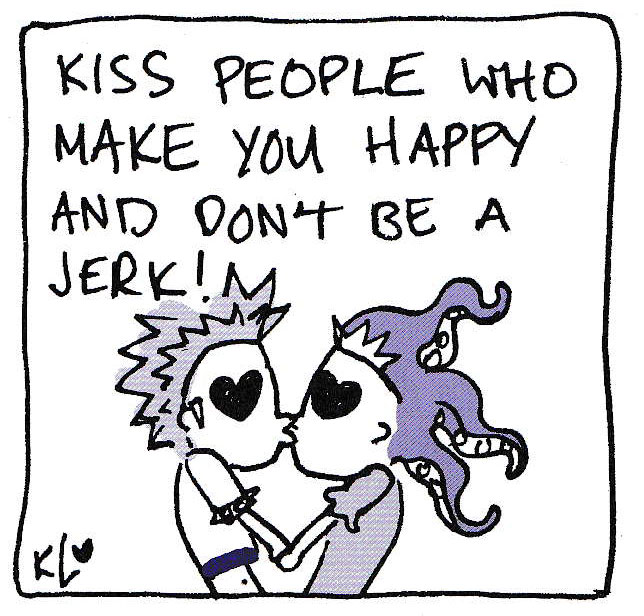 Kate Leth
We love everybody here in Trans D.