MS Design and Urban Ecologies and MA Theories of Urban Practice students from the Urban History Lab course led by Professor Joseph Heathcott in Fall 2018, have been named as finalists in the national competition to re-imagine Monument Avenue in Richmond, Virginia.  A National Landmark, Monument Avenue features a series of statues glorifying the Confederacy and the racially-charged narrative of the “Lost Cause.”

Urban History Lab students responded to the competition theme of “General Devotion, General Demotion” with their entry “General Disruption.”  Working as a collaborative, they produced the two key competition deliverables: a 300-word statement and a 32″ x 48″ poster.

Their entry proposes a series of interventions that would inscribe new meanings in the landscape without erasing the traumatic histories that the statues reflect. 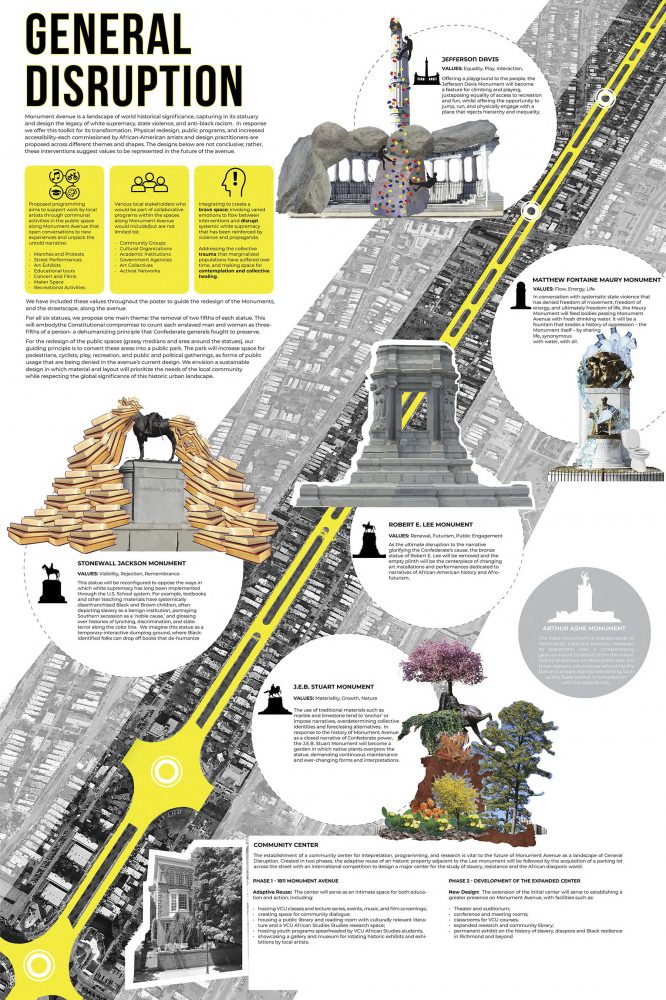