From inconvenience to incentive

What if driving was an earned privilege? Can the government regulate freedom of movement?

THE PROVOCATION: This project explores a city-wide system of carpooling and mass transportation which is regulated by the government. Zones dynamically update to designate what vehicle occupancy is permitted.

Congested streets are the main cause for gridlock in cities. More than 76% of commuters drive alone in cars, and that figure is growing. Everyone grasps the concept that carpooling or using public transportation alleviates congestion, but few people are willing to sacrifice the comfort, convenience and social buffer that being alone in a car provides. 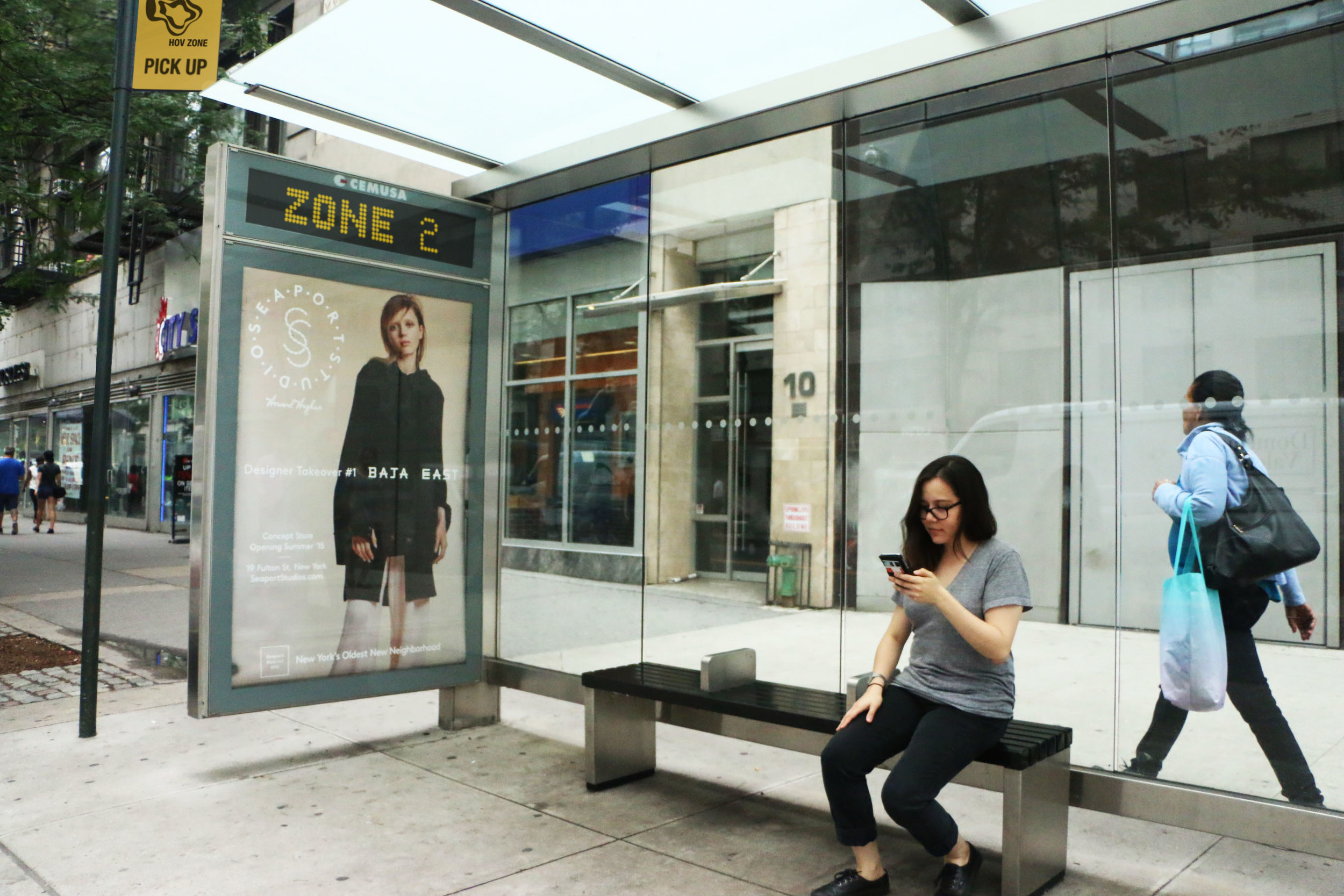 The city-wide system of zones determines what level of vehicle occupancy is allowed at a given moment in the day. These zones dynamically change based on traffic conditions and real-time updates are available via car dashboard and mobile devices.

Drivers are required to meet occupancy requirements as they make their way through the zones. Zones are classified by the minimum number of passengers required: Zone 1 requires only one passenger, whereas Zone 4 requires at least four. The more strict the occupancy rule, the greater the need to reduce congestion in that area, such as a downtown business district. Zone indicators are posted around the city, in places such as bus stops and roadways signs.

Drivers are equipped with a mobile app that monitors zone requirements and offers alerts about available passengers for pick-up. Similar to an app such as Uber, all participants have profiles and their safety is guaranteed through the program’s insurance policy. Common pick-up places are at pre-existing transit locations, such as bus stops. With the aid of technology, door-to-door transits are also an option.

Drivers are able to maintain the benefit of car travel, as long as they pick up riders to meet zone requirements.

Passengers use the mobile app to connect with potential rides.

If a person does not want to share a vehicle, there are parking lots available to store one’s car before hopping on public transit.

Although many cities around the world already have driving restrictions based on where a car is in the city, there’s always an option to pay to opt-out of the occupancy requirement. This system does not allow for such an option. By positioning enforcement at a city-level, the long term goal for this top-down policy is eventual social acceptance. Carpooling will become the new normal.

The whole idea of transportation would shift with this plan. No longer about personal access to a vehicle to go anywhere one pleases, vehicular transportation would now be about collective agency. This change in transportation would clearly have knock-on effects elsewhere in the city. People might move toward more environmental friendly options such as walking, biking and public transit. New economies would pop-up around the growth of parking lots and changing traffic patterns. People may not travel as far away from their home.

How does one foster a culture that embraces human interaction?

How would relations between the haves and the have-nots change?